From immigrants in Chinatown to school boards in Ohio, people around the world are changing their tune on what languages should be taught to children. Resoundingly, they’re recommending Mandarin, the language of Mainland China. Here’s why:

When you learn Mandarin you’re opening the window to thousands of years of culture and history. From the military conquests of (Sichuan native) Zhuge Liang in the Three Kingdoms period to the Tang Dynasty’s discovery of gunpowder, China has thousands of years of renowned history. And better still, a study of the language reveals the subtleties of the Chinese character through it’s fables and idioms. Chinese people often touch upon ancient tales and traditions in everyday conversation, so it follows that to understand the language, is to understand the rich culture and history from which it derives.

At once a language and an art, Chinese calligraphy is a gateway to the spiritual word of the artist.

As a hundred people have different faces, so too do those hundred have a unique way of expressing themselves. From the way they handle the brush to their presentation, style, and technique, calligraphy as an art communicates not only broad ideas, but the character and emotion of the artist.

Calligraphy is a joy to learn and being a natural extension of Chinese, you’ll have taken the first steps on the path by deciding to learn Mandarin. Once you’ve mastered the basics and can read and write elementary Chinese, learning how to add beauty to your written Chinese advances your linguistic and artistic skills alike. And in the end, it’s the hallmark symbol of a timeless culture that’s recognized around the world.

Understanding the written language gives you an understanding of the people and culture of China that you can’t get anywhere else. Once you learn the basics and realize that Chinese characters are built upon a logical and practical system, you’ll take pride in gaining mastery of the written language. When you’re ready, you’ll have access to thousands of years of literature authored by people who at the time couldn’t speak to each other, but shared a common writing system. Very few of these ancient tales have been translated to English, but as anyone who speaks and reads Chinese will tell you, it’s simply not the same if you don’t read it in it’s original form.

China is the fastest developing market in the world and is poised to become the world’s economic leader in our lifetime. To be able to speak or read Chinese and access that group of a billion people offers you a huge advantage, no matter what your industry or profession is. Whether you’re working for multi-national or are self-employed, your chances of success increase by learning Mandarin. Even if you can’t use it professionally, it looks great on a resume because it’s still perceived as one of the world’s most difficult languages. Because it takes years of dedication, a lot of people try and give up, which will make your achievement all the more impressive.

#1 – Discover a New World, Outward and Within 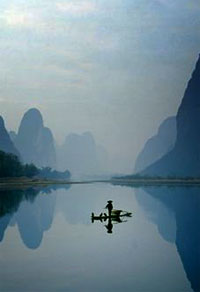 Most people learning Chinese as a second or third language will be exposed to a different realm of thought and reasoning that’s new to them. It’s belonged to China (among earth’s oldest civilizations) for over five thousand years but despite it’s age, it has incredible practical application to the modern world. Military, political, and business leaders who’ve shaped the world in the last century have drawn upon the wisdom of ancient China by reading early Chinese works like Sun Tzu’s Art of War, among others, for guidance. After you’ve illuminated some of the mysteries of China and start to understand another way of thinking, you’ll find your own principles and world-views being expanded.