In the spring of 2013, Chengdu witnessed the worst sustained bout of air pollution that it had seen. We published a post on how to protect yourself from the pollution, posted daily photos of the Chengdu sky along with air quality readings, and saw a flurry of forum posts like these discussing the air pollution.

We’ve come a long way since then. Air filters are more common in Chengdu, awareness of the pollution has become widespread, and the skies are less dirty than they were a year ago according to both US Consulate and local Chengdu data on air quality. Last Sunday Chengdu hosted the first DIY Air Filter workshop (organized by Smart Air whom we interviewed recently) and it was a success, moving dozens of filters into the homes of new owners.

Now that we have air filters with proven effectiveness available from places like Smart Air on Taobao for as cheap as 200rmb, where do we go from here? For me, I went with remote control of my air filters, which I can toggle from anywhere via 3G on my iPhone. Here’s how I set it up, with links to everything you’ll need.

I have two Smart Air filters and a Philips AC4025 filter in my apartment which I can wirelessly turn on or off from anywhere. In addition to manual control of each filter, I can set timers for each one to suit my daily schedule. Since my routine is established and stable, I have timers set up to automatically turn each filter on about 2 hours before I go into those rooms.

The icing on the cake is that this cost just 99 rmb using an inexpensively manufactured “Smart Plug” available on Taobao. In the US, there are similar models to this available at electronics stores like this Belkin one for around US $50, so 99 rmb (around US $16) is a steal

Buying this is simple: it’s available from this seller on Taobao for 99 rmb. There are a handful of color options available, including white, black, and gold (hilariously called ?? in Chinese).

Here’s what the device looks like when you’ve received it: 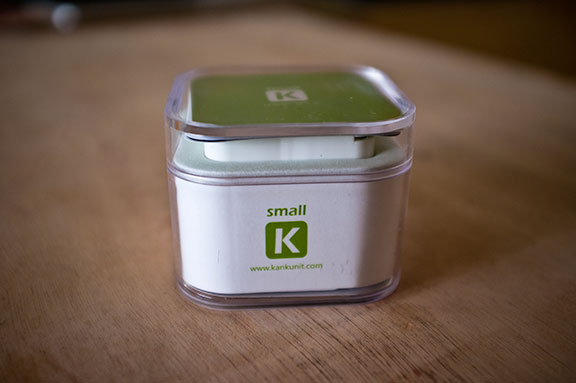 The fit and finish of the device, and especially the packaging, is impressive for such an inexpensively priced Chinese gadget. It looks like an Apple product, with a clear plastic case that perfectly encapsulates the plug.

Open it up and you’ll see there isn’t much but the Smart Plug, a very brief and clear instruction manual, and a warranty card. 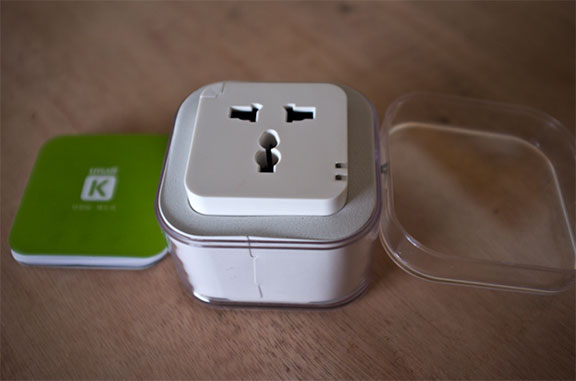 How to Setup for Wireless Control

The process to set this up takes about 5 minutes.

Here’s an image I created to show the process: 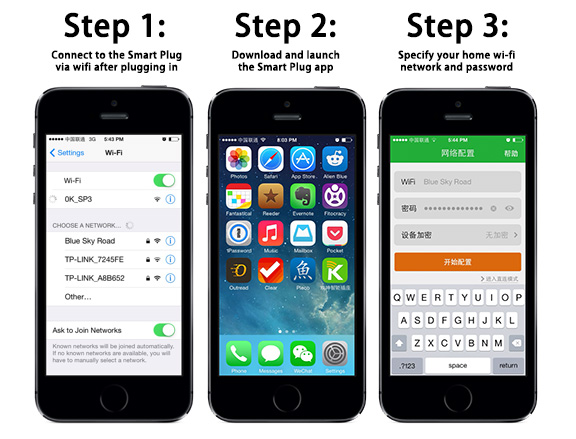 Once completed successfully, a notification will appear. Connect back to your home wi-fi network and you’re good to go. Read on to see how to control the Smart Plug.

How to Control the Smart Plug

Once you’ve added the Smart Plug, you can select a name and icon for it. I just kept the default image and titled mine Air Filter 1 and Air Filter 2. Control is dead simple, here’s how it works: 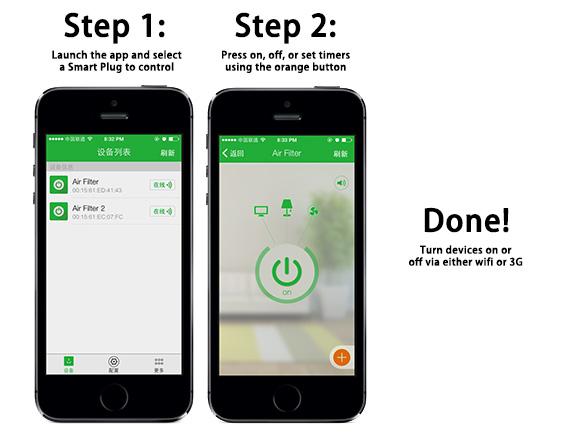 Note that on the bottom right there’s an orange plus button, which reveals some options for setting a timer. You can set a sleep timer (turn off X minutes later), or set a timer schedule. Even without these, manually triggering your devices on and off takes just seconds.

Considering the 200 rmb cost of the Smart Air filters, committing to this 99 rmb expenditure to automate the filters in my apartment was a no-brainer. For 300 rmb, you can have an automated air filter setup in your apartment anywhere in China. In one year, we have come a long way.

The next logical upgrade would be a particulate measuring device. The question is: go high or go low?