American architect Adam Mayer hates to say it, but he’s living the good life in China.

After being laid of from one of the largest architecture firms in the world (SOM) along with many of his colleagues in December of 2008, Mayer tooled around the San Francisco Bay Area until his boss and mentor at SOM told him that if he wanted to work, he should go to where the construction is heaviest: China.

So in the fall of 2009 Mayer hopped on a plane to Beijing and after three months acclimating himself, he found a job that took him to Chengdu, one of the busiest construction sites in China. The company he works for now, CENDES, is based out of Singapore and has dozens of simultaneous projects around the city. They gave him an apartment, a healthy salary and, most importantly, a stack of projects.

The Joy of Design and Ultimately, Construction

In the US, a young architect fresh out of college could never hope to do the things Mayer is doing in China. The industry in the West is filled with accomplished veterans who do all of the design work, while the younger guys do the grunt work for years before they get a shot to actually design a building. In China, “kids” are designing multi-million dollar projects. Much of the work in the US also deals with regulations and codes. A standard municipal Zoning Code in a city like San Francisco is a massive book that greenhorns like Mayer have to pore through, but in Chengdu, those rules are being written and re-written every day. 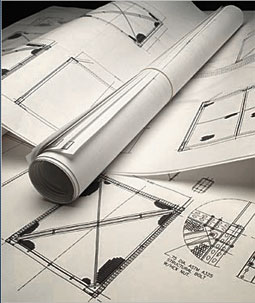 “The biggest difference is that stuff gets done here really fast,” said Mayer recently. “With SOM I was dealing with engineers, city officials and different organizations, but here they give me the freedom to actually design buildings. In the US no developer wants a young guy to design his building, but out here we are the only ones who can do it.”

At SOM, Mayer got one glance at a 27-story building that eventually was scrapped after the credit crisis forced millions of Americans to re-consider their home-owning ambitions, plunging the construction industry (and many others) into a deep recession. Here in Chengdu, there are two dozen projects within the Third Ring Road that his company is either developing or bidding for and he will personally help design many of those projects.

Even though the salary and the living standard in Chengdu might not be Bay Area-esque, the joy of watching his design become real and the freedom to keep doing it makes the move to China worthwhile. Many of Mayer’s colleagues are looking for work — roughly 30-40% of American architects are unemployed or underemployed. Many out-of-work designers and architects are willing to be creative, (as this January NY Times article shows), but very few of them are willing to do what Mayer is doing and take the plunge into a different country. In this somewhat encouraging primer for over-optimistic architecture graduates, the American Association of Architecture Students lists several ways to cope with joblessness including community volunteering, but nowhere is China mentioned. In California, many firms now list Mandarin as a requirement, but even this tell-tale sign has failed to budge the majority of Mayer’s old architect buddies.

“I thought there would be a huge trend to do what I did, but surprisingly, none of my friends want to make the trip,” he said. “China is too foreign for them; the life in the US too familiar.”

If I Don’t Do It, Someone Else Will

Some of the apprehension might also have to do with China’s reputation for throwing poor people out of their homes in order to build an apartment complex that ultimately enriches local officials and developers. The urbanization of China claims enough obvious victims through corruption and greed that some of Mayer’s colleagues find the idea of helping the process along repugnant. Mayer readily admits that the advantages of being an architect in China — breakneck speed, lack of red tape, a lot to do — are closely linked with the disadvantages.

The dark nature of China’s urbanization is hidden behind a fog of shady state-owned construction companies, rigged bids for government-sponsored projects, corrupt officials pocketing re-settlement money, the futile anger of displaced people and the increasingly demanding needs of the urban middle class. The end goal seems a bit more visible: a collection of densely-packed cities with efficient transportation systems linking the urban center to the suburban sprawl and to other, densely-packed cities. This end goal initiated and perpetuates an infrastructure boom that has demolished millions of old homes, but the alternative is to halt the boom and thereby halt the economic development that has changed China from a pariah to a world power in a little more than 30 years.

“A bust here would send people out into the streets and the government is terrified of that. Here construction and infrastructure seem tied in with social order,” said Mayer. “In the US its much easier, a bust basically means people sitting on their couches watching TV and collecting unemployment checks or hustling their way into a new way of living. No one in the US is really taking to the streets.”

The eventual end of China’s building spree might spell the beginning of a new economic model — or the end of a political system — but until then, the spree stops for no one. As an architect, China might be the chance of a lifetime and if Adam Mayer doesn’t do it, rest assured someone else will.

34 thoughts on “American Architects Find Work and Freedom in China”