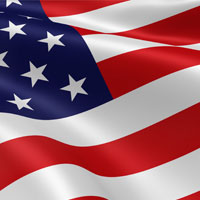 The presidential election season is upon us, and expat resident Matt Schrader has generously devoted his time to making it easier for Americans in Chengdu to vote. For each weekend from now until the 2016 presidential election, Matt and volunteers will be available in the Chengdu Bookworm to help get Americans registered.

Before inaugural weekend of Matt and volunteers contributing their time to this effort, I spoke to him to collect more information on Matt’s thoughts and how the program works.

I’m an American who first arrived in China in 2005 for a summer internship, and couldn’t believe that there was this whole crazy, fascinating other world no one in the States had ever told me about. I’ve been tumbling down the rabbit hole ever since.

I lived and worked in Beijing from 2007 to 2015, most recently running the China operations of a really cool social enterprise called Smart Air (which I could talk about for another 800 words if you’d let me; but there is a Chengdu Living interview with the founders). I’m now in Chengdu with my fiancé so we can spend some time with her family before we head back to the States for me to start grad school.

CL: Can you describe the voter registration work that you’re doing here?

Sure! I’m not sure how it works for other countries, but if you’re an American, getting registered to vote while you’re abroad and getting your ballot submitted can be complicated, confusing, or just kind of a hassle.

Me and the other volunteers want to make things easier for people, so we’re going to be at The Bookworm every Saturday and Sunday afternoon from noon until 6pm from now until the election, to walk people through the process and help them get all their forms submitted. The team is pretty small right now, but if we can find more people to volunteer, we’ll also hopefully do events in other places around Chengdu, and maybe even Chongqing (a boy can dream!).

We are working with VoteFromAbroad.org – all voter registration is completely non-partisan, although the tool itself is maintained by Democrats Abroad as a service to the Americans abroad community. There have been Americans using VotefromAbroad.org in China since the 2008 election. We need volunteers! If you would like more information or are interested in volunteering, you can reach us at the following email address: [email protected]

CL: How important is it that Americans in Chengdu, or elsewhere abroad, vote in this election? What impact do you think it will have?

How do I answer this question without pissing off half of your American readers?

I’ll make no bones about it: Although I’m registered as an independent, I’m appalled by the idea that Donald Trump might be our president. That’s why I’m determined that my voice is going to be heard, definitely more than I was in 2012. 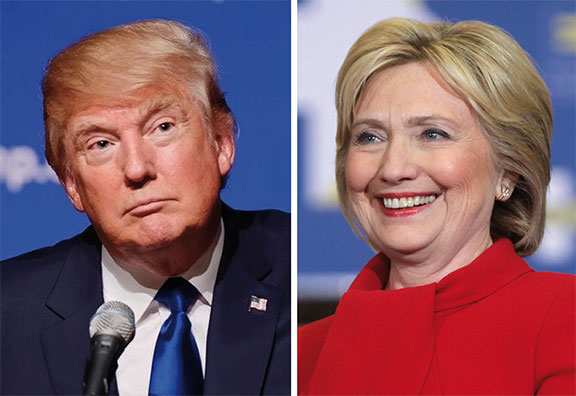 The funny thing is though, I know that there are a lot of people who feel the same way about Hillary Clinton (my parents, for example! We’ve had some interesting family discussions the past few months).

So I think the best way to put it is, no matter which side you find yourself on, there’s probably a very good chance you look at this as a particularly important presidential election.

Your question was about Americans abroad, though. I’d like to think that what we bring to the table is real experience with other countries, and how those countries’ realities help shape our foreign relations. That’s an incredibly valuable perspective. Living abroad also helps you to see more clearly what’s wrong with your own country, and to hold more dearly the things about it that are precious and worth being proud of.

We expats are a unique bunch, and there are over 8 million of us. If we were a state, we’d be right in between Virginia and Washington for size. So I don’t think there’s any question that our country’s political process is better served if we make ourselves a part of it.

CL: What’s involved with voter registration? Do the rules vary from state to state, and what should people prepare or bring with them to register to vote?

If you’re an American citizen living abroad, it is recommended that you register every calendar year in which you plan to vote. But the particulars for how you can do that vary from state to state – it’s harder if you are registering for the first time than if you’ve registered before in your state, for example, and the deadlines are also all over the map.

It’s because every state has its own rules that the whole thing is so complicated, I’d encourage readers to get online to find out more. Vote from Abroad and the Federal Voting Assistance Program both are great resources with tons of state-specific information. The website of your state’s Secretary of State may also be useful, although the level of support they can provide varies by state and even by county.

But the one benefit of being an overseas voter is that there are federal laws that try to streamline the process of voting absentee from overseas. No matter what state you are from, you need to use a ‘Federal Post Card Application’ (FPCA) to register and request an absentee ballot. It’s not actually an application, it’s a form. But this is what gets returned to your Local Elections Office. Assuming it gets approved, you will get your ballot. And if you don’t get your official state ballot by mid October, registered overseas voters can use the FWAB — the Federal Write in Absentee Ballot. It’s basically a back up ballot.

People can actually do this all at home or at work themselves by going online to the websites linked above. But if they have questions or want help understanding the process we will be at The Bookworm Chengdu (and also at the Bookworm Beijing), to help walk people through all of this. For difficult questions there is also a voter help team at the email address above.

CL: Is there a coalition of people like yourself in other cities in Asia who are organizing similar events that raise awareness of the voter registration process for Americans abroad? Does this organization have any political affiliation?

Although I’m a registered independent, Vote from Abroad is sponsored by Democrats Abroad, which has branches around Asia and around the world.

That said, voter registration is required by law to be non-partisan, so we’re not going to be pressuring anyone to vote one way or the other. Everyone’s going to be treated with respect and helped equally, regardless of their political views.

I cannot stress enough how important that is to me personally. Although I lean liberal, some of the people I love the most are very conservative. They’re not racist or dumb; quite the opposite. They have well-articulated reasons for believing what they do. They want America to be a great place just like I do, even though we disagree on how. They are good people whose voices deserve to be heard. It’s not my place to say otherwise, nor is it my place to say otherwise for anyone who shares their views.

CL: What is your agenda, or motivation for doing this?

To be honest, I literally just signed up on a whim when a friend put out a call for volunteers on Facebook last month. But I’d been looking for ways to get involved before that, so my friend was definitely pushing on an open door. 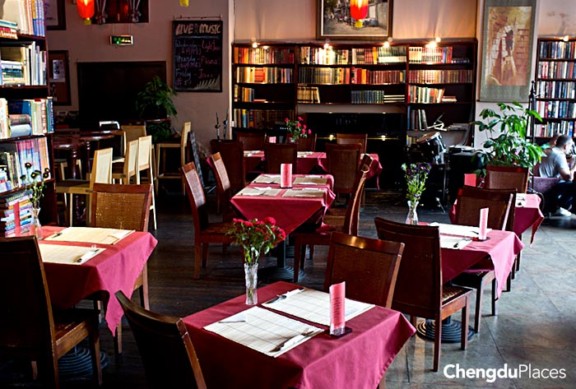 CL: Do you think that living abroad has changed your perspective on this election or the candidates?

Without stepping too deep into the partisan debate, I think being abroad has taught me how important it is that America’s actions reflect its values. We fail at that, a lot. But we remain unique in our ability to inspire by example, because when was there ever another time when the world’s most powerful nation was radically, truly, fundamentally dedicated to the proposition that all men and women are created equal?

Fellow Americans: I hope to see you at the Bookworm! If you are interested in volunteering, please get in touch.

Matt and volunteers will be at The Bookworm each weekend from noon until 6pm until the election. Bookworm information: The Bookworm on Chengdu Places.

5 thoughts on “Americans: Register to Vote in Chengdu”