My name is Bruce. I recently moved to Chengdu, and I am optimistic about open data and civic technology in China. 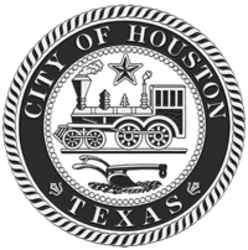 For the last five years I worked for the City of Houston, and among the many projects I worked on was the launching of Houston’s open data and open innovation hackathon initiatives. I worked with really awesome people and had transformative leaders in Mayor Annise Parker, Council Member Ed Gonzalez, and CFO Kelly Dowe. We took an experimental approach, and not everything worked perfectly, but we were able to empower people to make a difference by extending access to data.

I now live in Chengdu, having moved here with my wife in December, and I love the city already. The food is delicious (???????), the people are great, and I love the community. Since I’ve been here, I have made it my mission to learn about open data and civic innovation in China.

Moving here I wondered if I would be able to continue my work on open data. Would the government be interested? Would it be okay? Some people told me that I shouldn’t even mention open data or civic engagement once we got here. Luckily, there were just as many others who said otherwise, and since arriving I’ve learned that open data and civic engagement are alive and growing. 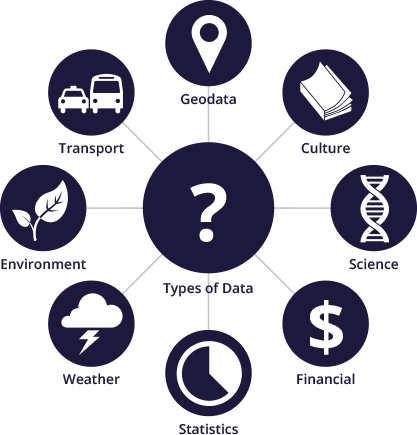 For the uninitiated, “open data” and “civic innovation” describe a type of public initiative, often government or non-profit led, to collect useful datasets and distribute them online in machine-readable formats. The goal of these projects is to fuel entrepreneurs and researchers by increasing data accessibility, and improve public institutions by increasing transparency and civic participation.

When data is made available in a centralized location in a readily usable format, businesses, citizens, and researchers can use that data to create value-added services, applications, and analyses. Developments in GPS location services are just one example of the success of governments opening data to create services and value.

Naturally, open data and civic engagement initiatives are new to China and come with Chinese characteristics, but that’s no different than the newness of open data in Houston with its Texas characteristics. As in the West, the idea of connecting citizens and government in order to improve public services is very real in China. I’m optimistic about the prospects for open data because I’ve talked to many people here that recognize the social benefits and I see progress coming from civic technologists and the government.

Maybe I am optimistic because I see many of the same opportunities that I saw in the US, albeit on a larger scale. I also see the challenges, and they are likewise familiar. Below are some things I’ve seen written about why “China and open data can never get along with one another.” If you know the story of open data in the West, you’ll recognize some themes:

All these comments resonate with my experience in Houston. I’ve heard them for years from my peers in government and civic tech circles in the US as well. The West may be ahead in terms of open data and civic tech, but maybe not that far ahead. On all sides there is a lot of work to be done.

For starters, as Andy Liu commented in the talk Exploring Open Data in China, maybe China already has open data, but it goes by a different name. Perhaps there IS open data in China, it’s just scattered and hard to find.

The Sichuan Province Fact Book is a good example. It has enormous amounts of useful commercial information, but it is not in a machine-readable format. As a book it’s not particularly accessible, but it’s not hidden. There is similar statistical information published online (in places like wenku.baidu.com) but most of it is in Chinese, making it difficult for Westerners to access. The Chinese National Government, along with Provincial and Municipal governments are launching data portals. Two national sites I found are the National Bureau of Statistics and Public Information Online. They’re not easy for a Westerner to navigate, but it’s a start. There are also city data portals. Beijing Data, Data Shanghai, and Hong Kong’s Open Gov Project are the standouts I found. Again, not perfect, but a good start.

China’s Smart City Open Data Platform is also very interesting. The government recently rolled out their Love City Platform in a handful of municipalities, including Qingdao, and are planning implementation in ~30 more cities. That’s a BIG initiative, and if it can be done successfully across jurisdictions would be a significant achievement.

These activities are supported by conversations I’ve had with Chinese government delegations in the US who were looking to understand open data and its ties to innovation. I’m pretty bullish on Chinese open data, similar to the Open Knowledge Foundation’s Feng Gao who has is a leader advocating for and tracking open data in China. Like Gao, I see iterative progress that can be built upon, and I see the same powerful arguments that convinced my government colleagues in the US also having traction in China. Open data promotes economic productivity and innovation, and goes far beyond transparency.

Open data alone is not enough however. There must be civic and business interest in the data, and there must be mutual value for the government/non-profit and external parties. In China there is certainly external interest. As reported by Rebecca Chao in The Hunt for Open Data in China, open data and civic tech was initially led by the community. Community members, businesses and developers are requesting the data they need. When they don’t get it, they’re finding innovative ways to obtain the data, like Cui Anyong scraping JPEG’s to get water quality data (kudos).

I believe open data is also generating goodwill. Bu Shujian learned that available Chinese government data was not necessarily inaccurate or fake. As Chao reported, she was interested in comparing air quality reporting by the Chinese and US Governments, and was skeptical of the data from the Chinese. Interestingly, she found the differences were due to different calculations and the Chinese Government’s use of more data points from across the city (which could mean their reporting was more accurate). 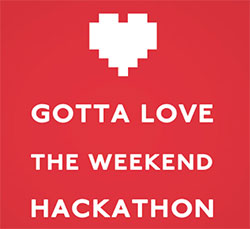 What’s more, there are hackathons in China too! The Chinese programing community recognizes the potential value of coordinated communal effort, and people are rallying together over weekends on projects just like in the West. Derived from a combination of the words “hack” and “marathon”, “hackathons” are events where software developers, designers, and business people come together to create technological solutions to solve a specific problem or advance a specific cause. The Hackathon movement has been expanding in the US in recent years and I was excited to hear that it catching on in China as well. At one of my first dinners in China, a friend in Beijing told me about the Cleanweb Hackathon they hosted just months earlier.

Finally, momentum continues to build in China as individuals passionate for open data innovation are seeing progress and also connecting and sharing ideas. The launch of the Open Data China network during International Open Data Day is a perfect example of this.

I believe in the missions of the Code for America and Open Houston projects that I worked on while in the US. We engaged government with citizens and businesses to improve services, budgeting, and quality of life. People and organizations were empowered to work together to build tools that could enable better lives. I believe open data and civic engagement are also of great value here in China – and many people are clearly embracing these opportunities already.

I think there are many potential benefits for Chengdu. We can use open data to tell the exciting story of our city and to promote economic activity and investment. It makes business sense to locate a new business in a city with a wealth of information available about it. Open data supports the growth of local entrepreneurs and creates opportunities for new tech companies.

Moreover, open data can be used by creative individuals and organizations that can create applications that enhance quality of life. As one of China’s largest cities with a booming technology community, I know we have lots of software developers and designers who would love to spend some time on “civic hacking” to build apps that improve the city.

Great progress is being made in China, and I hope to work with others here to bring open data to Chengdu. In the meantime, I’m learning a new language … and it’s not one for computer programming! ??!

This story was originally posted to the Code for America blog. The content has been modified to provide additional context and further definition of open data and civic technology for Chengdu Living.

Bruce was also interviewed last year by Code for America about his involvement in Open Data in Texas last summer. It’s a good read, check it out here: Spotlight: Bruce Haupt

23 thoughts on “Opening Data in Chengdu For All”