This is Part 4 of a post series written by Peter Vernezze exploring the mindset of young Chinese through essays written by Sichuan University students in a graduate writing course. Previous articles have addressed their attitudes toward the elderly, marriage and the wealth gap.

Although American politics is not known for its spirit of bipartisanship, this is definitely not the case when it comes to policy towards China. Indeed, China bashing is one of the areas of rare consensus between Democrats and Republicans. Ironically, almost none of it has to do with the issue on which some legitimate bashing might occur. Instead, the debate sounds after a while like a bad radio station playing the same hits over and over again: currency manipulation, unfair trade practices, and financial obligation. Was it Nietzsche that said we hate those to whom we are indebted?

The trash talking of China is taking place against the backdrop of the Arab Spring turned winter. If that turmoil contains any lessons, one of them ought to involve the necessity to win hearts and minds, especially among young people. The tragic part of the story is that while we probably have no chance of this occurring with youth in the Middle East, our politicians seem to be doing everything possible to make certain that we alienate whatever good will that Chinese youth have towards America.

This reservoir of good will towards America among Chinese youth was something I personally witnessed during my two years as a Peace Corps volunteer. At the university where I taught, the basketball courts were filled at all hours of the day and night. Many students not only played the classic American game but also passionately followed the exploits and achievements of some of its well-known stars like Kobe Bryant.

In a survey I took in my classes about whom they admired, Bill Gates appeared as frequently as Mao Tse-Tung. American television shows and movies were likewise immensely popular and used as regular reference points in discussion, while American products filled the store shelves and were invariably seen as the most desirable.  This positive attitude towards my country is demonstrated as well in the statistics about foreign students coming to study in America. According to the Institute of International Education, the number of mainland Chinese students at American universities increased 23% to more than 723,000 in the 2010-11 academic year.

In light of all this, how to explain the recent American political campaign, where candidates seemed to take turn trying to win the prize of who could piss on China the longest. The low point had to be the Republican primary, where even a supposed friend of China like former ambassador John Huntsman found himself promising to “take down China.”

The situation did not improve in the general election with Mitt Romney repeating the term currency manipulation like it was a personal mantra while President Obama found himself a week before the election signing off on the U.S. taking legal action against China in order to help secure Ohio’s electoral votes. Listening to the debates, one would not have realized that the U.S. economy managed to maintain itself over the past four years largely because of money borrowed from China.

Anyone holding out hope for maintaining the good will of Chinese youth at this point had to pray that they either weren’t paying attention to the beating their country is taking or that they didn’t care about the China bashing. 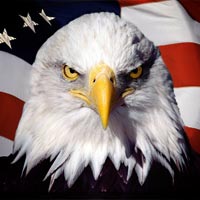 Chinese youth do care about their country. If you’ve been in China for any length of time you don’t have to be told that many Chinese youth are incredibly nationalistic. Indeed, when I try to explain their attitude to my American friends, I tell them to remember what America felt like the day after 9/11 and this will provide them with the current mindset of Chinese youth about their country. This may be an exaggeration, but a slight one, or so I would argue.  By contrast, the American college students who make their way to China are much more likely to either be politically apathetic or into America bashing.

And if my student papers were any indication, these young Chinese are paying attention to American actions and words. Paper topics covered both American foreign and domestic policy, often demonstrating more knowledge on these issues than most Americans.  Students took particular aim at American interventionism in Iraq, Libya and North Korea. On economic issues, they showed knowledge of the issues and an ability to respond intelligently. The following, for example, considers the argument that China is somehow responsible for U. S. unemployment:

How to Move Forward

Given that we are being watched by a group whose ultimate attitude is of some concern to us, how should we (America, that is) respond?

There is no need to hide our policy differences with China. And I am certainly not suggesting any change in American domestic or foreign policy be taken to appease China’s up-and coming-generation. But if we stay silent about women’s rights in Saudi Arabia simply because we need their oil, the good will of Chinese youth seems a similarly valuable resource for our own country’s future. In light of this, can’t we at least tone it down a notch?