This is Part 3 of a series exploring themes found in essays written by Sichuan University students in a graduate writing course. The previous posts were “Modern Chinese Youth and Filial Piety” and “Love and Marriage in China”

In case you haven’t heard, there are two sides to every coin. This is no more evident than in the case of China’s current financial situation. Although the nation can now boast more than a million millionaires, the bulk of the population lives a decidedly different reality.

In the countryside, where the majority of Chinese live, per household income is under $1,000 a year, while the urban regions boast a much-higher $3,000 a year average. In fact, it’s hard to know precisely how large the income gap is because so much income at the top is unreported. But according to one income distribution measurement, the wealth differential in China is now at a point to be considered “potentially socially destabilizing.”

Two essays that I initially rejected provided some insight into how all of this is playing out among the college crowd at Sichuan University.

VIPs Versus Everyone Else

The original assignment that I gave called for students to write essays on topic of ethical interests. Quite frankly, I failed to see the inherent moral content of parking at the Beijing airport and wedding receptions at high-end hotels. But since I prefer to let students write on subjects of their own choosing, I gave the authors of these proposals the green light, and braced for the worst. In fact, a stunningly similar cautionary tale emerged in each of these cases. 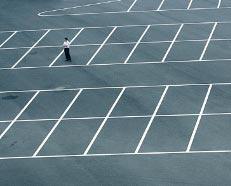 First, the parking lot problem. It seems that a bank located at the Beijing International Airport would not allow regular customers to park in its VIP lot despite the latter’s being nearly empty while the former lacked any open spaces. Far from being an isolated incident, the student-writer saw this as indicative of a trend in China: “It is not at all unusual,” he lamented, “to close a street for two hours for some unknown VIP, or for the wealthy or famous to openly violate the one-child policy.”

The sentiment was echoed in an essay about a practice recently implemented at several of the higher end hotels. In China, there are “auspicious” days for weddings. For example, a wedding on the ninth day of the ninth month is an especially prized event. (Indeed, anyone wanting to know how seriously Chinese take lucky numbers need look no further than the starting time of the Beijing Olympics: August 8th, 2008 at 8:08 p.m.) Not surprisingly, booking a place for a reception on auspicious wedding days can be an especially difficult task. Wishing to take advantage of the situation, several of the ritzier hotels in China have decided to hold auctions for these dates, awarding the right to book the reception and pay the additional outrageous price to the highest bidder.

This drew the ire of at least one of the essayists and her classmates as well, since the end result would be that “only the wealthy would be able to reserve the auspicious dates.” To be sure, before this new development a couple of average means could afford to hold a reception at one of these hotels only if they were willing to blow a hole in the already massive budget for a typical Chinese wedding. But whereas under the old system it would have been unwise, with this new method it would be impossible for a less than wealthy couple to reserve a first-rate hotel on these special days.

A Society of Privilege 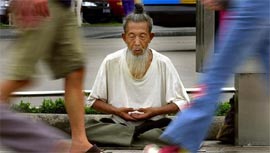 One sparrow does not a spring make, said Aristotle, and two instances of privilege run amok does not necessarily expose a trend. Except when it does, as in this case. Indeed, anyone who knows China will know that these students are correct in calling out a larger social trend. And even if they weren’t right (and they are), what is important is that this is how these students perceive their situation.

Indeed, the issue of privilege occurred again and again in essays seemingly unrelated to the issue of income distribution. For instance, on a paper about whether China should begin to limit the purchase of automobiles due to the immense pollution and traffic problems, a student wrote: “The current Chinese society is a stratified one in which a large amount of wealth and extreme power are in the hands of the privileged class. This invisible class mainly consists of government officials and well-to-do businessmen.”

As a result, “the restriction on car purchases will have no impact on them; on the contrary, they can abuse their power to purchase as many cars as they want, or they may help those who offer bribes to own a car. Consequently, limiting car ownership undermines social fairness and equality.”

Warning From the Past

But it was a paper on the role that the study of Chinese classics that issued the warning that Chinese one-percenters would do well to heed. 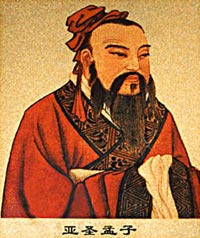 Quoting the Chinese philosopher Mencius’s statement that “Jie and Zhou’s losing the throne arose from their losing the people, and to lose the people means to lose their hearts,” the student added: “During its economic development, China should not disregard common people’s interest and happiness, for globalization accelerates the course of industrialization, giving rise to the increasing disparities in wealth, which is not consistent with the idea of a harmonious society.”