Like an evil warlock out of a classic fantasy novel, Li Chang has set himself up for the Great Fall all such archetypal nemeses must endure at the hands of courageous freedom fighters. Ever since he weaseled his way into the Editor-in-Chief position at China’s most revered sci-fi / fantasy magazine Science Fiction World (KeHuanShiJie ????), Li has done everything possible to dismantle this icon of China’s science fiction subculture.

Science Fiction World began as the magazine for Sichuan’s Association for Science and Technology (SAST), way back in the early 1970’s. After years of mis-management, the association handed the reins over to a group of young writers led by Yang Xiao in the 1980’s. By 1991, the magazine had a cult following in China and was able to host the World Science Fiction Convention in Chengdu. In 2007, acclaimed writers such as Neil Gaiman came to Chengdu again to meet with Chinese science fiction authors. This tiny operation that reached out across the science fiction world from an office on Renmin Nan Lu in Chengdu and produced such notable authors as A Lai and great works such as “Jiu Zhou” (??) is now in a life or death struggle with the greedy, wicked, grasping ignorance of the small time editor-turned-businessman Li Chang and his sinister bureaucrat backers.

The Coming of the Warlock 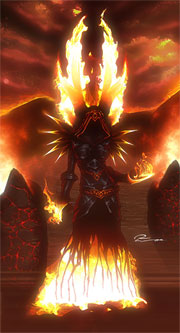 The first thing Li did when he stepped into the SFW office in 2009 was attempt to fire all of the Chinese language writers and demand that the editors write their own stories, to save money. Moving along the same soul-less lines, he tried firing all of the translators and demanded that editors of the foreign language division translate, transcribe and edit their own stories. He then tried to get rid of all of the artists, demanding that the art department editors draw the paintings in the magazine themselves. After a magazine-wide insurrection, these plans were set aside.

This initial setback did not deter Li from further attacks on the integrity of the magazine. His next idea was to sell the cover of the magazine to schools as an advertisement. Schoolkids are SFW’s biggest market and Li’s idea was to capitalize on this by exchanging the breathtaking science-fiction art that has sent Chinese imaginations spinning out into space for 30 years for low-grade pictures of opportunistic schools. The writers, editors and artists again revolted, but this time the battle ended in a stand-off, with several people leaving the magazine after Li threatened insubordinate workers with retribution by making vague references to his dangerous connections.

Shortly after the showdown, Li then decreed that from now on the magazine would:

He then brought in his troll ally, the boss of an advertising company, and gave all of the advertising space in the magazine (and all of the subsidiary magazines) to him. The troll immediately increased the percentage of advertisements vis a vis editorial text and sold space pell mell to any company that would pay. He also brought in a small army of orcs and goblins — loyal to him and completely ignorant of science-fiction, the magazine or the readership — to replace writers and editors who left the paper in protest of Li’s actions. Li also disputed longstanding contracts between the employees and the magazine, sold off license numbers (the key to establishing a new magazine or paper in China) to friends and others and completely ignored the pleas of his editors to consider the future of the magazine.

All of this was made possible by SAST, a local government organization. They initially gave up on the magazine because they didn’t know how to run one, but as soon as the magazine became popular (and profitable) enough for them, they took it back. In 2008 the association re-assumed control of the magazine and not much later they installed their puppet, the Warlock Li Chang, to squeeze as much money out of the enterprise as possible, before running it into the ground. This is a common Party/Government tactic: Chengdu’s famous Ma Po Tofu, Zhong’s Dumplings and Long’s Wontons were all once private enterprises run by families until the government took them over and commercialized them.

Li Chang is currently in Taiwan “on business” and the employees of SFW took this opportunity to strike back. On March 21st, they posted a list of Li’s crimes on the outside wall of their office for all passers-by to see. Guangzhou’s Oriental Morning Post immediately picked up on the story and the word spread through the Internet that China’s beloved science-fiction magazine was under attack and at the brink of destruction. Netizens mobilized and pasted the information and the story onto Douban along with a plea to the association, the local Propaganda Department and the public at large to support the magazine in its fight against Li Chang. They demand that the association force Li Chang to step down and repeal many of his orders, including those listed above.

In this editorial in the Oriental Morning Post’s March 25th edition, the author writes that the quality of SFW’s work is not what it was in the 1980s and 1990s and perhaps this decline led the association to step in and cannibalize the magazine through its puppet Li Chang. The author writes:

“No matter how this problem is solved, I hope that the talented writers of Science Fiction World are able to continue their important work in the field of science fiction. I also hope the magazine can return to its younger self, for science-fiction is of course a genre for the young.”

The employees naturally hope to maintain control of their magazine, even if the association (ie the government) has already sunk their claws in. So for now the call for action on the web is meant to save an icon. Li is still in Taiwan, but when he returns next week, the battle will surely heat up.

Lurking Below the Surface 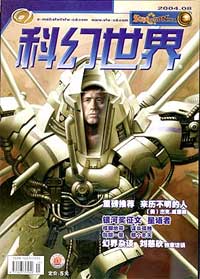 Deeper issues are at stake here:

Does government intervention stifle innovation and creativity? Or does a warlock like Li inspire a new band of writers to start a new magazine in the basement of someone’s house? How will science fiction in China respond and rebound from losing their Grand Old Dame to the clutches of commercialization and bureau-corporate greed? Is any enterprise, creative or not, safe from a government that can and will seize control at any moment for any reason? How does the web and the power of information-sharing influence these issues and how they are resolved in the future?