Due to a lack of English spoken among the average residents in Chengdu, learning Chinese is virtually a necessity in this city. Without knowledge of spoken Chinese, many of the doors to the best experiences you can have in China will remain tragically closed.

The same can be said for reading and writing Chinese – once you learn, a deeper level of understanding China becomes available to you. Maybe you’re learning a traditional Chinese instrument, becoming a tea expert, or learning about the Three Kingdoms era of Chinese history. It’ll be difficult to do any of those things without some knowledge of written Chinese.

An Australian app developer named Aaron contacted me recently about an iPad app called “nommoc” which he developed that, in its own words, aims to help you save trees, write Chinese, stop “expat illiteracy”. I was fascinated by the term expat illiteracy and conducted a short interview.

Interview with Aaron of Nommoc App

Who are you and what’s your history with China?

My name is Aaron, I started learning Chinese in 2006. I lived and studied in Beijing and surrounding areas for two and a half years before returning home to Australia, and have been to Beijing, Qingdao, Kunming, Tianjin and Harbin in China.

Can you describe your app?

The app is called nommoc, and it’s a universal app that works for iPhone and iPad. The idea for the app came from observing how native Chinese people in China learn to write Chinese. They do the following: while looking at an example character they use a pen and paper to write the character and pinyin. Nommoc allows you to utilize this proven learning method on your Apple device using your finger or stylus. 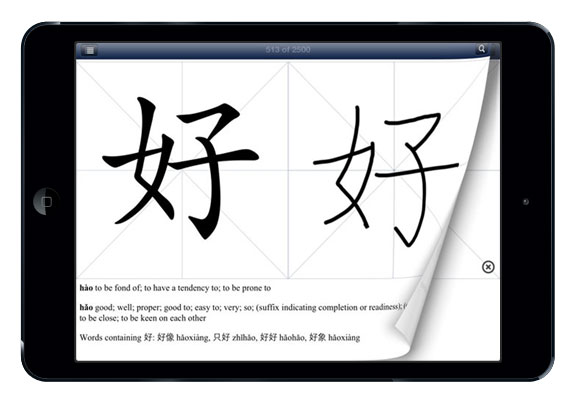 We also really wanted to have Chinese character stroke animation that was a play-back of a real Chinese person’s hand writing. It took a lot of work, and no small amount of time for our Chinese friend to write the 2,500 most common Chinese characters, but we finally got them done and the real animations are all in there (hooray!)

Lastly, when you write in nommoc it preserves your actual handwriting instead of replacing it with a pre-built stoke animation. I hope this makes the writing experience more natural. Our nommoc slogan is: save trees, write Chinese, stop “expat illiteracy”.

What drove you to develop an app to serve this purpose?

Three reasons drove me to develop it:

What is the Chinese language learning community missing most in your opinion?

Can you describe the trend of “expat illiteracy” in China?

Sure. I feel like it can be divided into three stages:

What’s been your personal method of learning Chinese?

It has included self-study as well as attending structured Chinese classes in China. I’ve also spent a lot of time on the streets of China meeting and talking with a lot of local Chinese.

Every now and again I also listen to ChinesePod and other similar pod-casts. I use Pleco to look up words and finally, most recently wrote the nommoc app to help me learn to write the 2,500 most common Chinese characters. 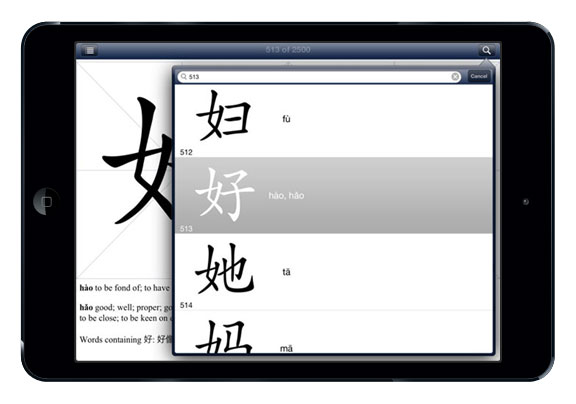 What are your three biggest tips for anyone learning Chinese?

I actually have four:

How would you compare learning Chinese in somewhere like Chengdu versus Beijing or Shanghai?

Beijing and Shanghai have many more expats, so naturally the opportunity to speak English socially is higher. If your goal is to go to China to learn Chinese, this might be something you want to take into consideration. Perhaps other cities like Chengdu or similar ones where expats are present, but not as many, will ensure you have a good opportunity to learn Chinese. Not to mention the cost of living, since Beijing and Shanghai are both really expensive.

Aside from your smartphone, what have been your most valuable tools for learning Chinese?

Making friends with local Chinese. Learning “real Chinese” from the locals along with the culture behind the language.

What do you think the future of learning Chinese looks like? Apps, or something else?

It should be interesting, I hope to see a continued focus on blending technology and traditional learning methods

Not to mention, I think great things happen when local Chinese and expats work together to develop Chinese related learning techniques and technology, as that is how we developed nommoc.

Many thanks to Charlie and Chengdu Living for the opportunity to talk about Chinese learning. I really hope we can join together and help stop “expat illiteracy”! ?????

Links to Check Out

You can download nommoc for $0.99 for any iOS device here: nommoc on iTunes, or visit the official nommoc homepage with more information. If you haven’t already, check out the Learning Chinese post series on Chengdu Living, too.