After months of conjecture over what the outcome of Google’s fateful blog post calling out China would be, Google.cn is out of operation. To be exact, all of Google’s China search services (Google Search, Google News, and Google Images) are being redirected to Google.com.hk where uncensored results are being offered to surfers in Mainland China. For the time being.

How long Google.com.hk remains unblocked from the Mainland remains anyone’s guess, but Google has prepared a China Service Availability page which shows the status of Mainland access to Google’s various services. With more than half of the list blocked or marginalized (like Youtube, Blogger, and Google Docs), the prospect for Google in Mainland China appears alarmingly bleak at the moment.

Figuring out how to make good on our promise to stop censoring search on Google.cn has been hard. We want as many people in the world as possible to have access to our services, including users in mainland China, yet the Chinese government has been crystal clear throughout our discussions that self-censorship is a non-negotiable legal requirement. We believe this new approach of providing uncensored search in simplified Chinese from Google.com.hk is a sensible solution to the challenges we’ve faced—it’s entirely legal and will meaningfully increase access to information for people in China. We very much hope that the Chinese government respects our decision, though we are well aware that it could at any time block access to our services. We will therefore be carefully monitoring access issues, and have created this new web page, which we will update regularly each day, so that everyone can see which Google services are available in China.

After being so blunt about China’s refusal to negotiate its terms of self-censorship, I’m not very optimistic about Google’s future in China. If you aren’t already, now’s a good time to suggest that you check out the VPN options available for all of you in Mainland China.

This news has just been released, so stay tuned for updates.

What do you think? Did Google make the right decision, or should they have stuck it out? 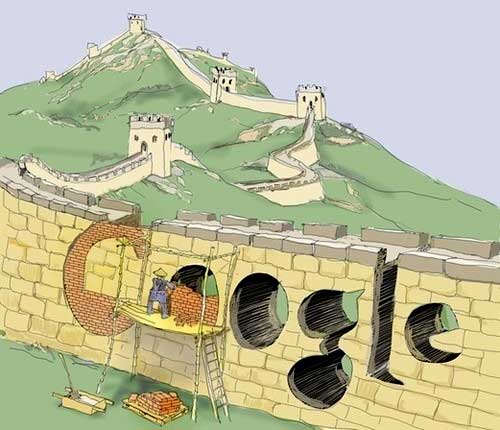 14 thoughts on “Google.cn Is No More”