Every foreigner who’s come to China for a length of time has said or thought some variation of this: China is such a rude country.

This statement opens up a large can of worms. Who decided what’s rude and polite in a foreign country? What does it mean to be rude? Is an action impolite if the person performing it has no idea that anyone considers it rude? And finally, while I hate to use cultural differences as an excuse for anything, some actions that we as foreigners consider rude, really are the result of a vast cultural gap between two groups of people.

Before writing this article, I asked some friends what behaviors they’d noticed in China that were impolite, coming from both Chinese and Westerners. As one might expect, the list was heavily slanted towards rude actions that Chinese people performed. Here’s some of the major complaints: 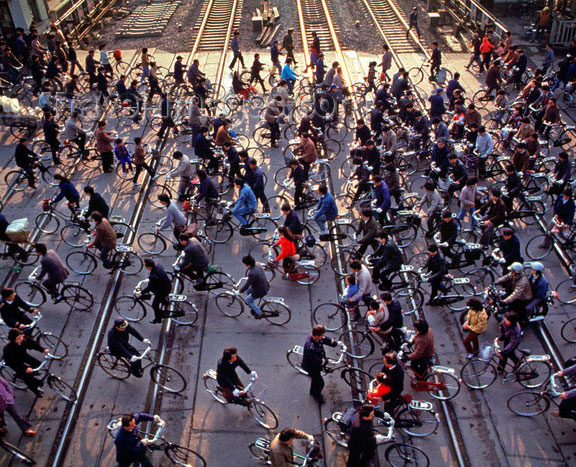 Let’s try to address a few of these without resorting to “that’s just a cultural difference.” There’s a difference between behavior that differs from culture to culture (for example, stepping on money in Thailand, because it has the kings face on it, is one of the rudest things one can do), and behavior that is rude or unkind on a more basic human level. 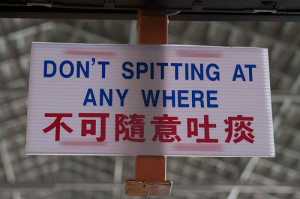 It’s difficult to argue that these are good in any way, but honestly a lot of the people who told me they noticed these behaviors were Chinese people. When looked at a bit closer, it is mainly the older (or uneducated) generation that does these things.

One thing that needs to be said about China is that the generational gap, and different ways of thinking, are the sharpest I’ve encountered. Older generations in China have endured cultural changes and development that we as foreigners might not be able to truly comprehend. Does this excuse spitting on the street? No, but it helps to understand that this behavior is something that is most likely on the way out. A lot of my younger Chinese friends I talked to said they despise this behavior.

One other rude behavior that falls under this category of old behavior is the staring, pointing at, and taking pictures of and with foreigners. It’s hard to comprehend that as little as ten years ago in many cities, Chinese people had never seen a foreigner before. I went to Komodo Dragon Island in Indonesia several years ago and literally couldn’t stop staring and taking pictures of these massive lizards. I hadn’t seen anything like them before. I’m not saying Chinese people view us foreigners as giant lizards (well, not all of us), but the principle remains the same. While it’s irritating, I think for all of us when we first came to China we loved this attention.

There’s nowhere else in the world I’ve been where people think you’re this special (in a good way) just for looking different. There might be a day not too long from now where people in China won’t care that we’re foreigners. I, for one, will miss having my picture taken on that day.

While I said before I don’t like to use “cultural differences” as a blanket excuse for anything, there’s one example of rudeness, however, that must be explained this way: traffic. Where I’m from, if someone were to honk a horn at you while driving the way Chinese people do, they’d be asking for a fight. My blood still boils sometimes when some obnoxious taxi driver just continuously blares his horn as he drives down the street. That’s a natural reaction based on the culture in which I grew up.

The sounds is grating, but what are horns really for? To alert people, especially when there might be a dangerous situation. In China’s traffic system, one with no real rules, horns are a necessity. I’ve tried to explain to Chinese friends that in America, to honk a horn at someone like this is a real sign of disrespect, but the fact remains that in China it simply isn’t. Just like cutting someone off is expected. Everyone drives this way, but somehow the system works. 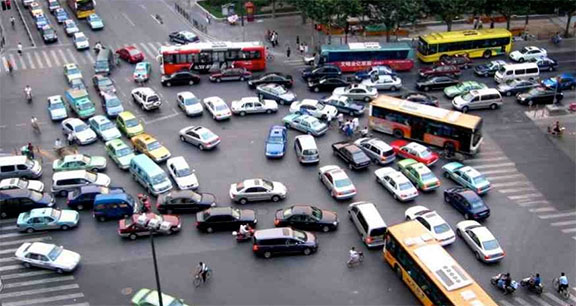 By now I’ve delved pretty deep into a lot of what foreigners here consider rude behavior, but let’s look at the other side of the coin. It’s important to remember where we are and why we’re here. This isn’t our country. That doesn’t mean we have to agree with how it’s run, or how its society functions, but it’s a bit useless to constantly complain about it as many foreigners do. To take an (utterly idiotic) American phrase: “if you don’t like it, you can leave”.

A Sense of Adventure

It’s also important to think about what brought us all here and what keeps us here. For many of us, it was that sense of adventure, a chance to explore the unknown. What keeps us here differs from person to person, but here’s a few reasons.

Much of the scenery surrounding Chengdu is captivating. Especially Western Sichuan: 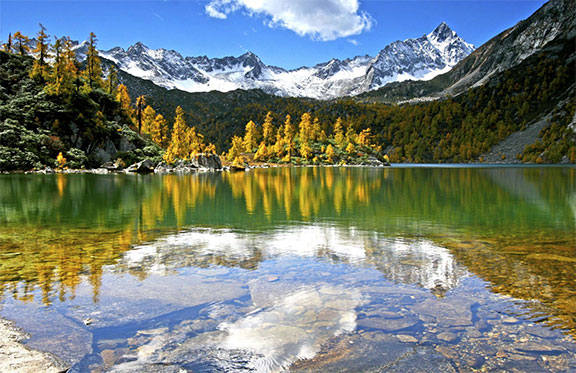 But we’re in the city, and in many ways it’s incredibly easy to live here. While it may not be the most glamorous job, it’s unfathomably easy to make a living as an English teacher here with no experience and very little effort. Tell me another profession that’s going to pay you as well (compared to the average Chinese salary) just based on your country of origin and the color of your skin. Besides that, China provides many of us the opportunity to find work as musicians, models, dancers, DJs and other such professions that would be pipe dreams back in our native countries.

Despite all this, despite how welcoming China is to foreigners for the most part, many of us still do nothing but complain about life here, often directly to Chinese people. It’s a very elitist thing to impose your values, morals, and sense of right and wrong on a group of people. As an American, I feel that this is one thing people around the world despise my country for doing. Don’t get me wrong, I’m not innocent of this behavior at all. I’ve caught myself many times telling Chinese people what I think is wrong with their country. Often times, they even agree, or at least don’t get angry with me. Why? Because they’re being polite probably.

One thing that Chinese people will almost never do, out of politeness, is criticize you or your opinions to your face. That, along with being incredibly open and friendly, are two of the most redeeming qualities I find in this country. The openness is especially noteworthy. People will come up to you on the streets just to say hello. It’s way too easy to get free drinks at a bar or club just for being foreign. As a guy, I don’t think I need to delve too deeply into how easy it is to meet Chinese girls and get them to “like” you. Strangers will often help you to do things simply because you’re a foreigner in their country. 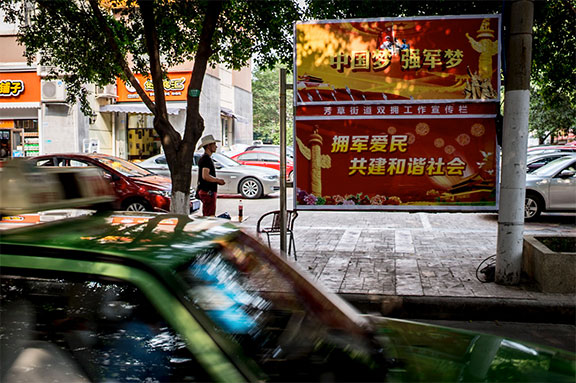 While all these things may not be derived from “politeness”, so to speak, they are good qualities of a country whose behavior we all too often dismiss as rude and uncivilized. Just the other day I encountered a situation where, while waiting in a Starbucks line, an English guy launched into an expletive-filled tirade directed at a Chinese guy who he thought was trying to cut him in line. The Chinese guy said that he was trying to look at what pastries they had in the case in the front. Whatever the truth was, the western guy’s reaction embarrassed me, as I know that his explosion would forever remind that Chinese man how awful “foreigners” can be. This western guy actually went as far as to call the Chinese man a “stupid Chinese c***” in an effort to criticize the Chinese guy for having a lack of manners. If that’s not the pot calling the kettle black, I don’t know what is.

I want to reiterate that the point I’m trying to make is not that one culture or country is ruder than another. Nor am I trying to say that we, as foreigners in China, should dismiss every rude action we encounter as a cultural difference. We are living in a foreign country with a drastically different history (especially recently) than any of our homelands. Whenever I encounter a situation that makes my blood boil in China, I try to think of this.

Try to realize that the old man who just missed hitting me with his loogie is quite possibly someone who grew up in a rural village during the cultural revolution, has little to no formal education, and has no idea that what he’s doing would be considered rude by anyone. Do I still see red and start swearing to myself when some taxi driver starts blaring his horn at me for 10 seconds as I’m in front of him on my bike? Yes, that’s never going to change. It’s a product of where I grew up. But I try not to take the lessons and morals I grew up with and enforce them on the people of another culture who’s country I’m lucky enough to live and be treated quite well in.

What do you think about this topic? Leave a comment below with your thoughts.