If you read China blogs with regularity, you might already know who Steve Dickinson is. If you don’t, he’s a decorated multi-lingual lawyer who’s been navigating China for over three decades.

And, since 2006 he’s been the co-author of China Law Blog, one of the best China blogs in the blogosphere.

So when Eli invited me to attend his lecture in Chengdu hosted by the American Chamber of Commerce, it was a no brainer. The topic alone was intriguing and something I knew little about: China’s 12th Five Year Plan.

Lecture at the Chengdu Sofitel

I hadn’t attended a lecture like this before so I wasn’t sure what the atmosphere or presentation would be like. Here’s how it went down:

Read the Transcript for Free

During the lecture most people in the room were taking notes. However you won’t need to do that (or pay the 180 yuan cover charge) to get the same information since it was posted on China Law Blog in it’s entirety. It’s absolutely worth the read if you’re interested in learning about where China is headed and why. Check that out here before you read the interview with Steve Dickinson below.

Chengdu Living: We know you as one of the authors of China Law Blog, tell us a little about that. When did that get started?

Steven: Well, it has an interesting start. Dan Harris and I (the other author of China Law Blog) have known each other since 1986, we both practiced law together in a big Seattle law firm. He went one way and I went another and in the early 2000’s we decided to get back together to try to do a program in China. It was Dan’s idea, not mine, to use a blog as our primary vehicle for creating our identity in China.

My idea was, I’ve been working in Asia since 1984, and consistently the law is misunderstood and misreported. Not just in China. Japan, Korea, Taiwan, it’s all misreported. And so I agreed that I would do that with Dan under the agreement that I would be able to write about what’s really going on in Chinese law.

The real impetus for the blog and what kept it pushing forward was Dan Harris, not me, because Dan blogs every single day. I blog less often because I tend to do quite detailed pieces and he does more topical, you know, current information kind of things.

With that agreement, that we would use the blog to talk about what China’s really about in terms of the legal system, that’s been our focus with the blog.

Chengdu Living: How long has China Law Blog been published for?

Steven: We started in 2006, and we’ve been going continuously since then.

I’ve been working in Asia since 1984, and consistently the law is misunderstood and misreported. 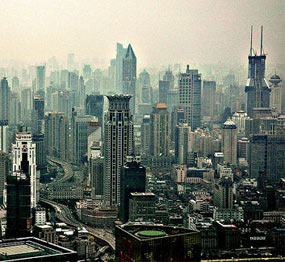 Chengdu Living: Since 2006 what has been the greatest benefit or surprise of the blog?

Steven: Well, the benefit has been, Harris & Moure is a very small operation. I mean, it’s a boutique international law firm and without the blog, Harris & Moure would be meaningless. No one would care about us. But because of the blog, we now have a stature in the world of law and business that we would never have without the blog, so the blog has been very valuable to us. That’s number one.

Number two, we’ve met many interesting and pleasant people through the blog and that’s been a big benefit for us also.

Chengdu Living: Was the blog created with a business motivation or was that an ancillary effect?

Steven: There was a business motivation, but in 2006 blogs were pretty new. We had no notion of what blogs would become or how blogging would become integrated into the business world, so we’ve kind of developed with the blogosphere together.

We were kind of a leader in certain elements of the blogosphere but again that was Dan Harris, doing the leadership.

Chengdu Living: It’s interesting that China Law Blog is a category and yet it has such a broad appeal in the China blogosphere. Was it intended to be for a wide audience or were you thinking it would be for people in the industry and legal trade? 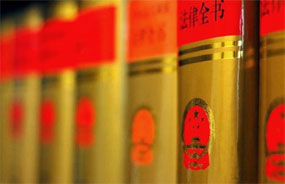 Steven: In terms of what we were thinking and what happened, that’s interesting. In the United States, China Law Blog has been voted several times as the best blog in the legal area, period. Nothing to do with China. And the reason is that most legal blogs are frankly, without any personality and quite boring. Where our blog has our two personalities and we let the personalities show through. Most lawyers don’t allow that and so most law blogs have never succeeded for that reason. And it’s still that way, there has not been any improvement in the law world on the blog side. But we’ve enjoyed it, it’s been fun for us.

Our blog has our two personalities and we let the personalities show through. Most lawyers don’t allow that and so most law blogs have never succeeded for that reason.

Chengdu Living: Among readers and clients what are some of the greatest misconceptions that people have about China or China Law?

Steven: There’s a couple. The first is that, we’re Americans and much of our readership is from the US, Canada, and England. And much of what’s strange about Chinese law is because it’s civil law, not common law. So a lot of what we have to explain is that Chinese law is based on a completely different legal tradition. And that’s the area that I enjoy working with, because it’s been my area of research and interest for a long time.

The other, of course, is that most foreigners believe that China doesn’t have any law, period. And so a lot of what we’re doing is just making clear to people where the law is in China and how it affects their daily life and the fact that there really is law here and it needs to be used effectively and creatively. So most of our readership is completely blank. That’s why they enjoy what we write so much, because they’re coming at it from complete blank. 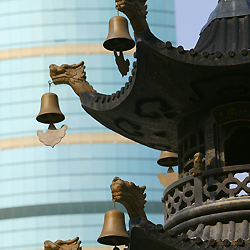 The other group we have are people who think we’re full of nonsense and are critical of what we say. And they’re fun to deal with, too. Because there’s two groups like that:

Chengdu Living: You do a great job of staying neutral.

Steven: Yeah, that’s our goal. To be as neutral as we can while still being true to our real beliefs.

Dan and I are politically very far apart but we both like and are willing to accept foreign countries and foreign cultures. And we don’t expect them to be clones of our own culture and that’s what gets us through a lot of these things. To have a genuine, not just respect for, but a genuine affection for foreign cultures, and we both have that feeling about China.

much of what’s strange about Chinese law is because it’s civil law, not common law. So a lot of what we have to explain is that Chinese law is based on a completely different legal tradition.

Chengdu Living: Thanks for answering our questions.

Have you heard of China Law Blog before? How do you feel about China’s 12th five year plan? If you have an opinion, leave it below.