Li Bo Qing (???) is a famous and beloved Sichuan comedian known for earthy style of analyzing day to day social issues particular to Chengdu and Sichuan. At the height of his fame during the 1990s, pretty much everyone in Chengdu turned his show on and chuckled for an hour.

Now Li Bo Qing spends a lot of time at temples around southwest China, mostly in Guizhou. He never carries a phone with him, but he keeps a steady Weibo presence, maintains Douban and Facebook pages and his son is always by his side to take care of any unimportant business. You can also access a collection of his shows on Tudou.

I managed to get him on the phone to talk about Chengdu’s lifestyle and tea houses recently, and here are some excerpts:

On Chengdu Being a Lazy Metropolis 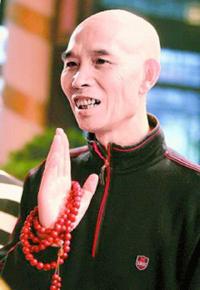 “The outside world thinks that Chengdu is really slow, but that’s just the surface, the first impression. But really Chengdunese just know how to take it easy. A Chengdunese might say, ‘if it can be done, great, if not … well we’ll just see how the chips fall,’ – that way life isn’t such a drag.”

“Only in Chengdu will you see a guy roll up in a Benz and order chuanchuan, (the Chengdunese version of Chongqing hotpot that uses kebabs instead of a boiling pot). No other city has that type of culture. People’s attitudes are really the key. As long as there are people and the need to be social, then the natural, easy-going lifestyle of Chengdu will always be there.”

On Teahouse Culture in Chengdu 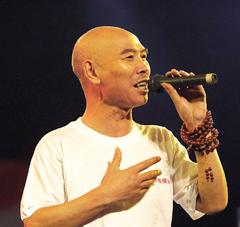 “If you don’t spend time chilling in teahouse, you know nothing of life. That’s how Chengdunese view tea culture.”

“Teahouses were traditionally the source of all information for locals. Before there was the Internet or TV the people went to the teahouse to find out what was going on or to solve a problem.  If you want to know what’s going on in Chengdu, understand what the local people think about a certain topic or just gather information from all manner of sources, there really is no better way to do it than by drinking tea and chatting.”

“A lot of young people don’t know: when the Cultural Revolution broke out, the first thing the authorities did was close the tea houses. Said they were havens for heretics and devils. Take a look at some of these old men who have never opened a book, but nevertheless have a firm grasp of history, culture, geography and so on. How do they do this? Through sitting at tea houses; that table discussing a topic, this table discussing another… just keep your ears open and the information will flow right in.”

In Sichuan people use the phrase Bai Longmenzhen to describe what happens over a cup of tea or a pack of smokes. It might not seem like much (just people babbling), but for the local Chengdunese its an art form and an integral part of the culture.

The back story is interesting as well. Long Men Zhen (Dragongate Formation) is actually an encirclement ploy used to lure the enemy into a cul de sac and then surround and annihilate him. To properly pull off the Chinese version of this formation requires time, skill and methodical movements because the enemy should not be allowed to escape. Other notable examples of this formation is the lure Hannibal used to crush the Romans at the Battle of Cannae.

Why is this formation linked with the general idea of “babbling”? According to Li Bo Qing and other Chengdu sources, the time it takes to set up the formation corresponds with the time and effort it takes to have a proper all-encompassing confabulation session which lures in every topic, surrounds them and annihilates them over a cup of tea.

It would be irresponsible of me to yap all this time about… yapping… and not provide you with a little teahouse to yap in. Check out the map below for a partial list of high-brow and low-brow locations. Please feel free to suggest your own favorite teahouses in the comments below and we’ll add them to the map.

My wife Zhang Yushi contributed (heavily) to this post, thank you!