When my girlfriend’s mother started staying in the apartment two floors below ours, I told her that we did not need a new rice cooker. I explained that our rice cooker was an excellent model, which we bought cheaply from a friend who won it in a work raffle. I also told her, when asked, that I did not see the immediate need to own a bean juice maker, though I do enjoy a glass of soymilk from time to time.

Flash forward two weeks and we own a bean juicer and two rice cookers, the new one with pressurized cooking capability. The arrival of these new appliances signaled a change – a new sheriff in the kitchen.

It was tough to accept at first, but I soon realized that ceding control over the arrangement of the plates in the cabinet and the vegetables in the fridge was more than worth the free meals and cleaner kitchen that I was rewarded with in return. As I became acquainted with the habits of my girlfriend Koko’s mother, I embarked on a mission to understand her idiosyncrasies, and how they relate to her background.

Initially I found her attentiveness slightly cloying. I like my private space, and when someone appears in your bedroom doorway unexpectedly, it can be frustrating. Then again, if they are interrupting to bring you a stack of folded laundry, or offer you a plate of fresh cut watermelon, it’s hard to get angry at the intrusion.

Koko’s mother, AiLian, loves to serve her family. And she serves with a tenacity that borders on the comic. She serves with a matronly masochism – relentlessly polite, unfailingly diligent, and utterly intolerant of any personal enjoyment.

When a friend celebrated a birthday at our house, AiLian refused to eat any of the cake. Too sweet for her taste, she said. She prefers dense salty northern Chinese wheat cakes, which she makes herself and steams. Did she want to come with us to a movie, we asked. No, she insisted, she really needed to stay home to finish doing the laundry. I was somewhat taken aback by her incessant selflessness.

Talking to Koko, I gleaned more clues about her mother’s psyche. “She has many lovely skirts at home but she never wears them,” Koko confided in me. They were given to her by family members, but she keeps them hidden in the closet and only wears the plain ones.” I can guess why she might eschew ostentation.

Two years ago I visited Koko’s mother’s hometown, a small muddy village in Northern Henan. Despite the recent relative affluence of her family, AiLian was raised in an era where frugal living and hard labor were critical to survival – an era where indulgence was not just impractical, it was deemed immoral. When she hangs out with her own daughter – a choreographer, and generally fashionable person – it seems like Koko’s mother has just stepped out of a time machine from 1969, and is appalled by the decadence all around her.

Once recently, Koko took her mother, sister, and niece out to dinner. She had parked her car near a sewer and when they got back in the car, it smelled bad, so Koko’s niece sprayed some Gucci perfume from a bottle in the car. AiLian reacted frantically to the smell of the perfume – pinching her nose and flapping her hand back and forth in the air, demanding to be let out of the car. “Stop the car, stop the car, I’m choking!’” she cried. “Nobody could take that stuff, it’s so strong.” “It’s made to be sprayed directly on a persons body, Mom, people can take it,” retorted Koko’s sister. Koko’s mom was unconvinced, “When I used to take care of your grandmother and grandfather, I would empty out their bed pan, and I didn’t mind the smell of their pee and poop. I really didn’t. I liked it more than the smell of that stuff!” she declared. 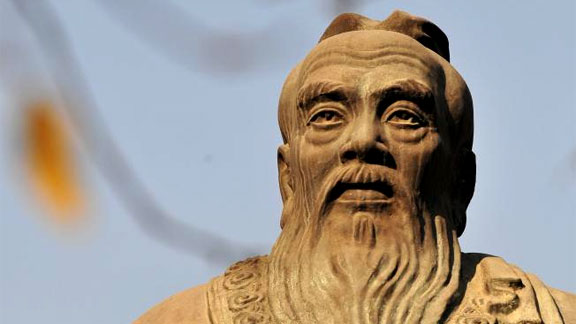 Filial piety and Confucian duty are the cornerstones of AiLian’s worldview, and her attitude towards her family members. Although neither her mother nor father could read or write Chinese, AiLian and her sister were the first two children from their town to attend college. At Nanjing University, she studied meteorology, and fell in love with a handsome man with a promising future. He wanted to marry her, and move her parents to Shanghai to live with them. But her parents did not want to leave their village, so AiLian broke up with her boyfriend and moved back to her hometown. Later, she left her job as a meteorologist to take care of her aging parents full time.

Having sacrificed so much for her family already, her commitment to this path is now ironclad. AiLian insists on doing things the way that will be least convenient for her.

Recently she bought a very expensive camera – a Nikon d800 – to give to Koko’s sister. Because she was afraid that leaving it at the house might increase the risk that it could get stolen, she insisted on carrying it in a backpack whenever she and her daughters would go out. After Koko’s sister and niece left town with the new camera in tow, Koko was surprised to notice that her mother was still carrying the backpack when they went out together. When questioned, AiLian admitted that she had gotten so accustomed to carrying the backpack when she left the house that she hadn’t felt quite right going out empty-handed; she had looked around for new items to carry, and settled on taking Koko’s camera and iPad. Not for safekeeping per se, just because she relished the burden. 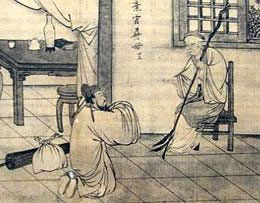 Serving her family makes AiLian feel useful. ‘She loves to suffer,’ Koko observed, ‘because it shows she loves us.’ Everyone has a need for sense of self worth, and sacrificing for your family is undeniably a virtuous way to satisfy it. But sometimes the by-product is melodrama. AiLian craves crisis, the imperative for action. “I will absolutely finish re-upholstering those couch cushions by Friday,” she said to me gravely the other day, as though we were facing a very serious deadline.

“Don’t worry, I will iron your tie tonight, I’m sorry that it got wrinkled in the wash.” “It’s OK,“ I said. “I never wear a tie to work anyway.” “Don’t worry, I will iron your tie tonight,” she repeated. Wasting food is a basic sin to AiLian. So at first I couldn’t understand why fridge was always overflowing. Then I realized – it provides something to fret about. I can imagine her internal monologue: ‘Those tomatoes are going bad, we need to eat them today.’ In AiLian’s kitchen management system, any leftovers, no matter how small, or how perishable, are saved in the fridge. Everything must be kept until it is thoroughly rotten, then ceremoniously disposed. Wasting food is so satisfyingly regrettable.

Poking fun at Koko’s mom’s foibles, I cannot fail to mention that I share many of them. I relate to her neurotic work ethic. I appreciate her egalitarian attitude, her understated aesthetic, and her disdain for waste.

One evening, cleaning up the dinner dishes together, we shared a glance and I noticed that both of us were eating leftovers out of other people’s bowls. For each of us, frugality has its own nuance. Koko’s mom carries her wallet and keys in a disposable bag when she goes to the market, because she thinks that a purse is too flashy. I feel a certain compulsion to keep old shoes.

On some issues we don’t see perfectly eye to eye. Koko’s mom feels that some of my work pants have become too worn (or stained) to be presentable, but I have declined her offer to take me shopping for slacks. When she weeded the garden, Koko’s mom saved the cut grass and dried it to use as a fire starter for the grill. I would not have thought to do that, but I definitely respect the intent.

Together, we planted a row of lavender in the flowerbed on my kitchen balcony, which required moving large plastic trashcans full of soil down a metal spiral staircase. I was secretly thrilled at the task, knowing that I could stake irrefutable claim to it because the soil was too heavy for her to lift, and I heaved larger and larger barrels of dirt down the stairs, with mock nonchalance (but genuine satisfaction,) while she implored me to let her help.

Sharing the space has changed both of us. I like to think that I have whittled away at AiLian’s desire to subjugate herself on our behalf – insisting that we do the dishes together, gently teasing her for histrionics, reminding her that we love to take care of her just as much as she loves to take care of us. Now she lets me carry heavy things, which I enjoy. And I let her make my coffee, which she enjoys. She gives me more space, and I don’t fight her attempts to take care of me. We have found a balance.

My original indignation at losing my privacy has been replaced with the new frightening realization that Koko and I have become totally dependent on her mother, and will be left to tackle the bevy of household chores on our own when she moves out at the end of the month.

But by far the biggest personal change is my newfound love of porridge. At first I resisted, but I have gradually grown to love the warm, grey, starchy, slurry that AiLian makes in the new bean juicer, blending two kinds of rice, peanuts, walnuts, raisons, and goji berries.

It’s the kind of thing that doesn’t look very appetizing, but satisfies something deep inside you.

12 thoughts on “New Sheriff in the Kitchen: Life With my Chinese Girlfriend’s Mother”