Note: This post is the seventh in a series chronicling the adventures of an American having a child in China. If you haven’t been following, you can start at the beginning of the series here or check out more Chengdu Living series posts.

On March 17, the China Economic Daily reported on a spate of cases in Shanxi in which young children fell ill, suffered brain damage and died after taking standard immunization shots prepared by a company with no official certification. According to reporters, the company not only lacked the license required to legally administer immunizations, but employees also lacked necessary training. It was employee incompetence that contaminated the shots, leading to tragic effects which afflicted hundreds of children in this particular instance. 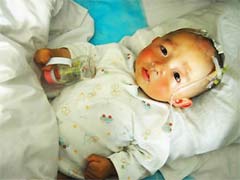 Another recent case in Shanghai found that tablets meant to prevent infantile paralysis actually led to infants contracting diseases. After local authorities investigated the matter, they found similar cases across the nation. In an essay for China Health Care Blog, Damjan discusses the shortcomings of China’s Food and Drug Safety Administration and summarizes the improvements that need to be made, while also listing scandals and setbacks that have severely tainted China’s food safety inspection process.

A Proclivity for Foreign Goods

There might be hope for China’s ability to regulate its food and medical industries in the future, but for now, Chinese mothers are not taking any chances. The formula and immunization tragedies have driven many Chinese families to search for imported products that they feel are free from such dangers. In fact, many mothers are not satisfied with merely imported goods — they don’t  trust anything that was made in China. The goods have to originate abroad in order for them to feel truly safe. The demand for foreign children products goes beyond formula and medicine: families are willing to pay top dollar for foreign-made strollers, soap, bras, pumps, DHA pills, diapers and anything else they can get their hands on, including old folk remedies like gripe water.

Buying through an informal network of friends is, so far, one of the most common ways to gain access to foreign goods. A mother might have a cousin, friend or spouse with access to American-made goods (sold in Toys’R’Us for example) and has a box or three sent over filled with a wish list of goods — everything from nipples to knapsacks. The mother with the connection then posts a notice on a websites catered to local mothers (like cdmama.cn) and an auction ensues; first come first serve.

There are several local businesses that should be able to take advantage of this market, but the women are picky. 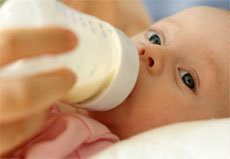 Chengdu has several Carrefour, Ito Yokado and Trust Mart outlets and all of them carry foreign goods, including baby products. In Chengdu, a lot of local mothers have so far eschewed Metro because they believe there is no real difference between Metro and Carrefour, they believe the price in Metro (located in Chengdu on 2nd Ring Road) will also be more expensive than buying through an informal network and they’re put off by the fact that entry requires membership.

Weighing the Cost and Benefit

There are two major problems with products sold in these large chains:

The distrust runs so deep that any product sold in China is considered fake or dangerous or both. There are several posts a week on Chengdumama.net asking if a certain product sold in Carrefour or Ito Yokado is “real” or not. The only baby products Chinese mothers seem to trust are the new clothes knit by friends and relatives, certain Traditional Chinese Medicine tinctures, salves and rubs and second-hand clothes passed down from a mother with an older child.

The only significant business avenue open so far is Taobao.com, the Chinese eBay. Taobao is remarkable for its trustworthiness and reliability in a country that currently thrives off of cheating the unaware. You would think that a web-based platform in which one can easily hide or erase an identity would be rife with thieves and liars in a developing country like China, but as far as my

experience goes (and most other people I’ve spoken with), Taobao merchants take pride in delivering the goods. Naturally, with anything like ebay or Taobao, “Buyer Beware,” but Chinese mothers with the means and the desire are flocking to online options.

As for vaccinations, Chinese mothers are faced with a “to do or not to do” dilemma based on the fears stirred up by events like the recent Shanxi tragedy and the trust put into long-standing hospitals like West China Second University Hospital and newer, Western-style hospitals like Angel Obstetrics and Gynecology Hospital. Global Doctor and Parkway are both available to anyone — Chinese or foreign — and most Chinese hospitals offer “imported” vaccinations and shots as well as domestic, but the imported ones carry a considerably higher cost: domestic vaccinations are free!

In total, I have sent five separate packages back from the US to Chengdu, filled with baby stuff. I am just the messenger, my lady Xiao Bai is the brains behind the operation. She has a respectable inventory of goods and is willing to take orders, for now. But in the future, we might have to get a Taobao storefront up to satisfy demand.

Check out our forum to discuss the subject further, or leave comments & suggestions below. Thanks!

35 thoughts on “Raising a Child in Chengdu: Sourcing Baby Products”