Note: this post has a Youtube clip embedded in it – if you’re in China, you will want to connect to Chengdu Living through a VPN to see all of the content. We also have two tickets to give away. Read the bottom of the interview for more info.

Update: the free tickets have been given away. Thanks to everyone who participated. 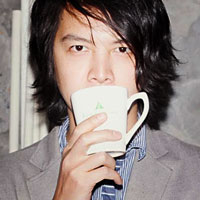 This evening in Chengdu, Little Bar Space will host one of the most exciting and talked-about performers in the world of hip hop, R&B, and modern soul: Anderson Paak. If there was any doubt that Chengdu has the ability to attract top-level musical performers, it is now eroding: Paak performed on The Late Show with Stephen Colbert with Mac Miller just last week, his second time in 2016.

To learn more about this show and the Shanghai promoter behind it (named STD, which stands for Sonically Transmitted Disease) I interviewed co-founder Reggie to talk about:

I’m Reggie, I’m from Australia, I live in Shanghai and I own a creative/music agency called STD, a club called Arkham and a bar called Arcade. I also produce my own music and DJ. 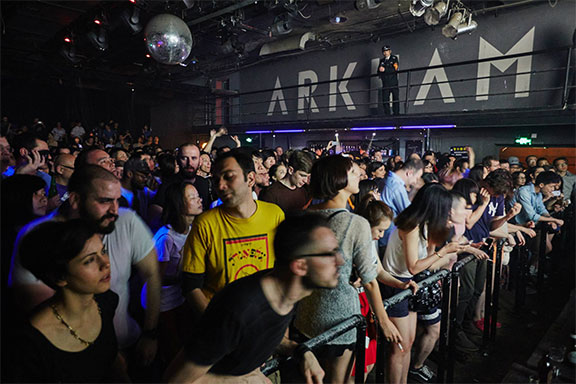 It started nine years ago when Nikki, Albert (who’s now left) and myself got together and started a party every two weeks to promote live music & DJs. It kind of took of from the start, and we’ve been trying to carve out a music scene that we believed Shanghai deserved at the time.

CL: STD seems to be involved with a number of different ventures, mostly in Shanghai, in addition to promoting events. What kind of things does STD do which people might not know about?

We also work as an agency that helps curates music and events for brands and clients. We’ve helped book festivals in the past, licensed music for international artists, made clothing, rolling papers, caps and even shoes with Adidas. We like to keep ourselves dipping into as much as we can. CL: Over the years STD has promoted a number of amazing events which have brought global artists to China. Which of those are particular memorable, or stand out to you? What made them memorable or successful?

Ratatat was our first ever big show which will always be a special memory for us. Our Flying Lotus last year was incredible and really raised the bar for production for a club show. There’s just too many to name. Each and every show brings something special and we’re blessed to have worked alongside so many artists and for so many people around China. In the end we are just music lovers that got up and decided that someone needed to be bringing this sort of talent to China.

CL: How has China’s music scene been changing since STD has been promoting events? Are there any national trends, or Shanghai trends that you find interesting or surprising?

In the last 10 years, Shanghai has blown up exponentially. It’s become a hub of electronic music not only in China but in Asia. STD really wants to carry this spirit to other corners of China and help open up doors for touring artists and music lovers in those areas.

CL: What are your impressions of Chengdu? Anything in particular that you remember about the city, or have experienced in your time here?

CL: Looking out four years from now in 2020, what do you think China’s music scene will look like? How do you think it might compare to the current scene?

Hopefully it keeps moving forward on all fronts. It’d be great to see the 2nd tier cities become more developed and incubate more local musicians, producers and visual artists. Hopefully, we can help give them a platform to play and continue to give them support to perfect their art. There will certainly be more crews from China exporting their stuff internationally, too. 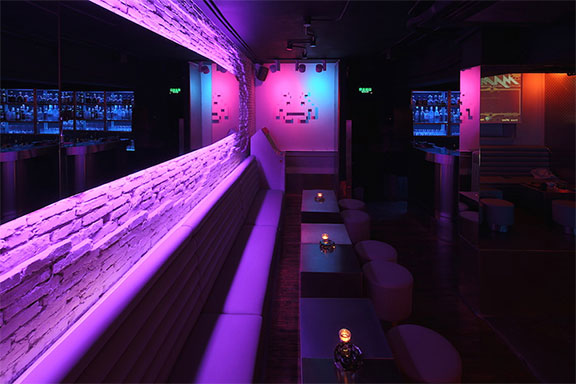 CL: What do you think are some of the most encouraging developments of China’s creative scene over the last few years?

The amount of young Chinese kids that are going out to more events, discovering more music, art and culture in general. It’s very rewarding to see how far Chinese youth culture has developed since we’ve started. It’s also great to see some of the kids from 10 years ago starting to open their own restaurants, venues, creative businesses. It’s always an encouraging sign to see the creative types do their thang.

CL: How did the Anderson Paak show get started? How and why did STD choose to promote this artist in particular, and how do you think the reception to him will be?

I heard Anderson on Tokimonsta’s single Realla and was totally blown away by his style and voice. When he was picked up by Dr Dre’s album Compton, we knew he was going to be a big thing. Then his solo album Malibu came out and it solidified him to be a force to be reckoned with. He’s an incredible multi-instrumentalist on top of a vocalist and rapper. In a total league of his own with the charisma that he brings to the stage.

CL: Anything else you would like to add about China’s music scene, or the Anderson Paak tour of China?

We really encourage everyone to come down and see how amazing this talent is, as we don’t often see someone like this in China. We really wanted to do something special for Chengdu and expose the city to something different. We hope everyone has an awesome time and opens their ears to new music! 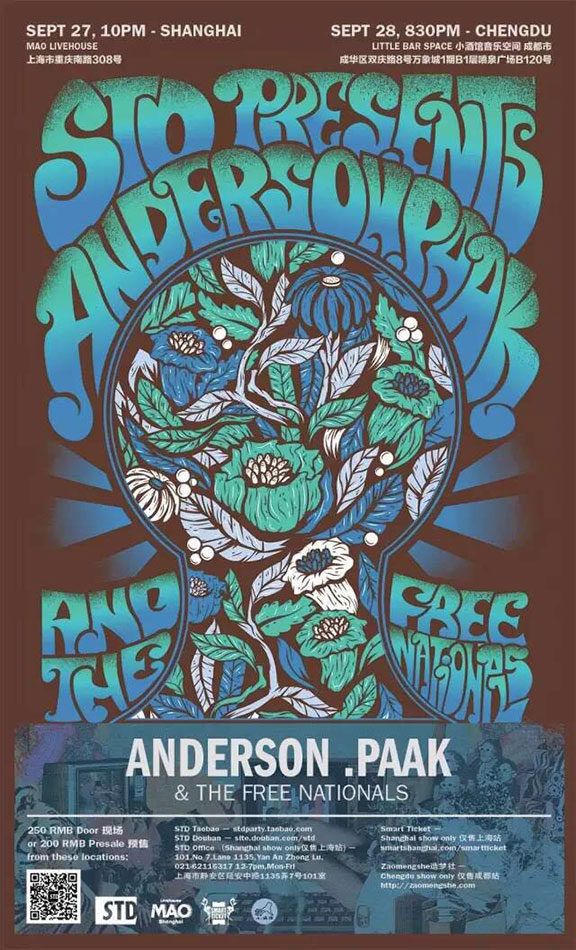 STD has generously offered a pair of tickets to give away for free. Just comment below with your favorite Anderson Paak song and what you like about it and two commenters will be selected.

12 thoughts on “Words with Shanghai Promoter STD Before Their Biggest Show in Chengdu: Anderson Paak”