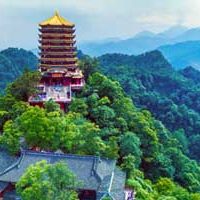 There’s tranquility and beauty to be found outside of China’s major cities. Like Qingchen Shan, one of the birthplaces of Taoism on the outskirts of Chengdu. 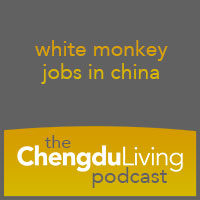 In this episode of the podcast we discuss White Monkey work: a colloquial term which encompasses all the odd-jobs that we’re qualified to do simply by virtue of being foreigners.

I love Chengdu, but I gotta go. I took a job as copy editor in the antithesis of the ‘Du: glitzy, glamorous Shanghai. Here’s what I think about these two cities after spending 10 years in Sichuan.

After being laid of from one of the largest architecture firms in the world along with many of his colleagues in January of 2009, Adam Mayer tooled around the San Francisco Bay Area until his former boss and mentor told him that if he wanted to work, he should go to where the construction is heaviest: China.