The longest running animated series in history which satirizes middle-class American life has officially come to Chengdu. As of July 2017, the Yintai in99 shopping mall in the south of Chengdu has assembled a life-size Simpsons installation called “The Simpsons Never Show” spread throughout the mall, in partnership with 20th Century Fox.

I first heard about this through enthusiastic posts from Chinese friends on their WeChat moments. “The Simpsons have come to Chengdu!” the posts declared in Chinese, along with selfies taken beside Homer. It is remarkable to see the popularity that The Simpsons commands here in Western China, which is evident when visiting the mall on a weekend.

Aside from dozens of figures of recognizable characters from the Simpsons, there is a Kwik-E-Mart inside the mall (with Apu at the entrance, greeting visitors). Inside the Kwik-E-Mart are a range of limited edition Simpsons branded items, from bath robes to skateboards. On the outside of the building, pictured below, are Homer in dozens of different costumes from iconic episodes of the show, including the Stone Cutters episode, Plow King, King-Size Homer, and many more.

If you want to visit, do that before mid-September when the exhibit is scheduled to return to depart Chengdu. Location information is below the photos.

“The Simpsons Never Show” in Chengdu 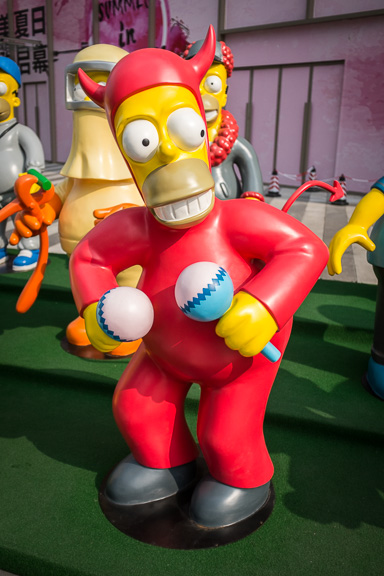 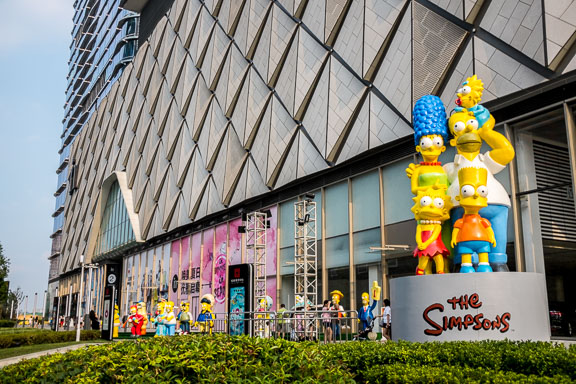 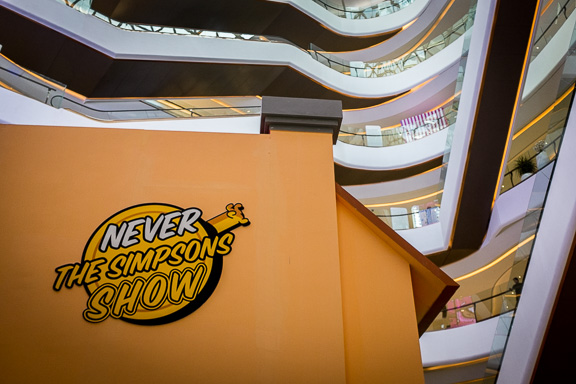 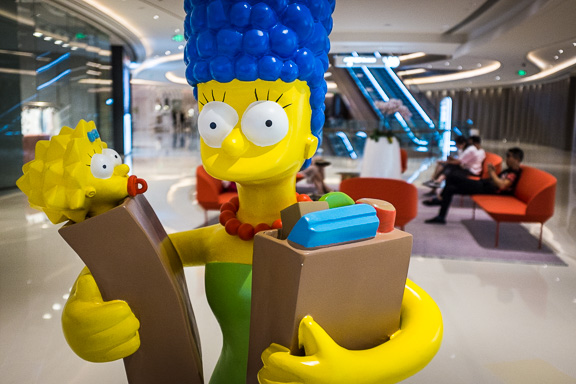 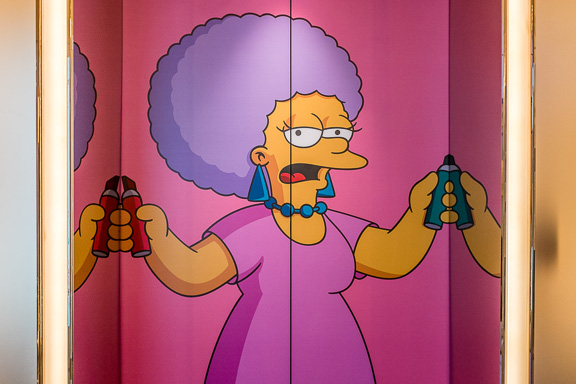 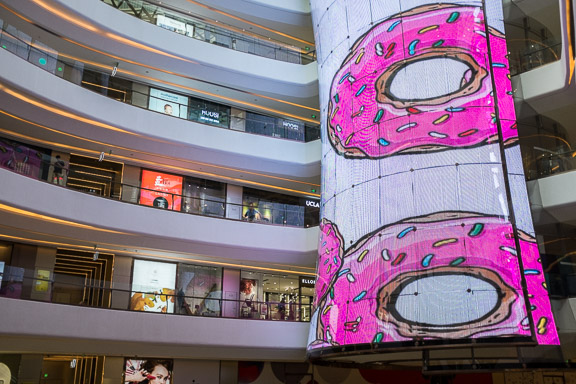 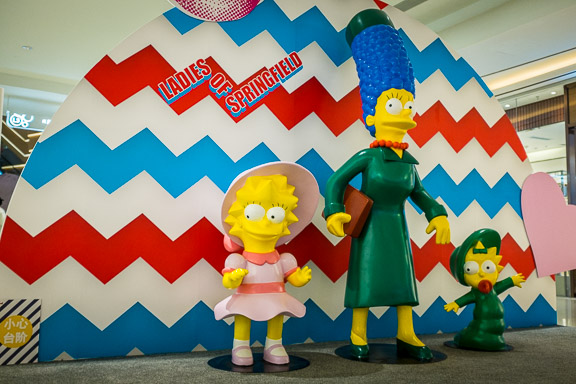 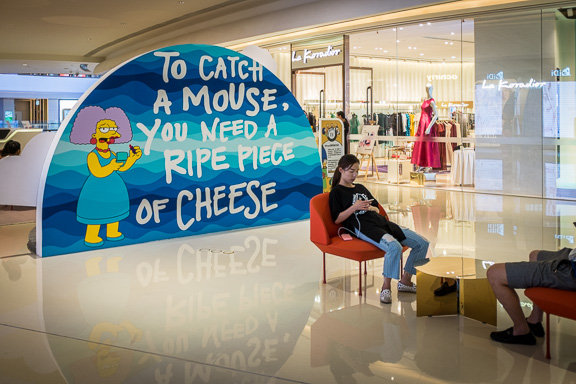 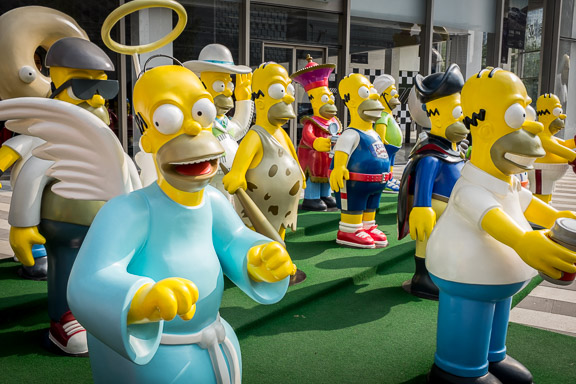 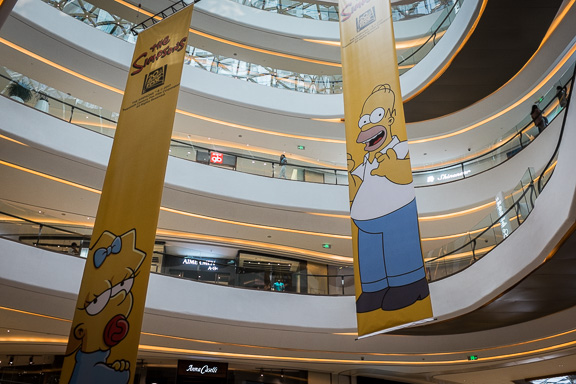 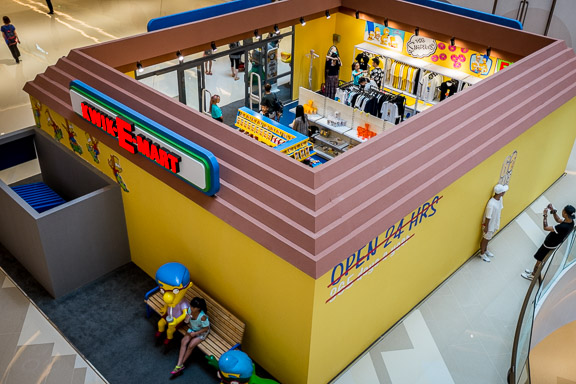 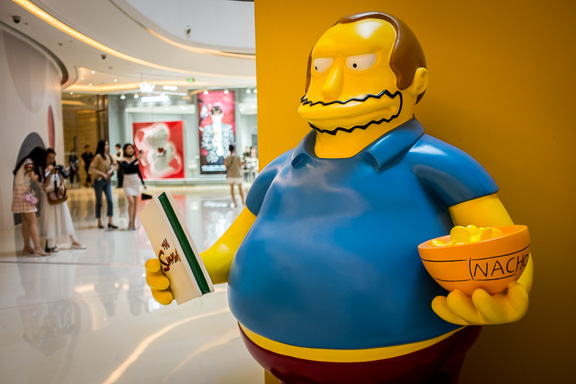 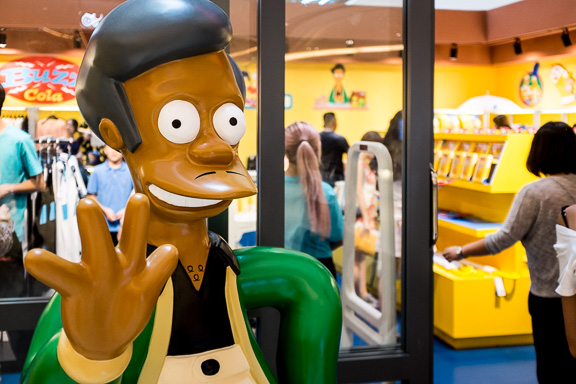 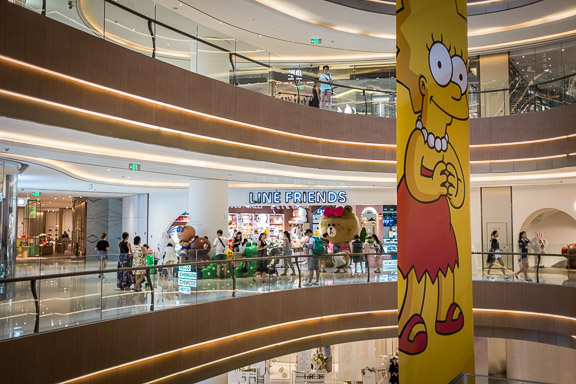 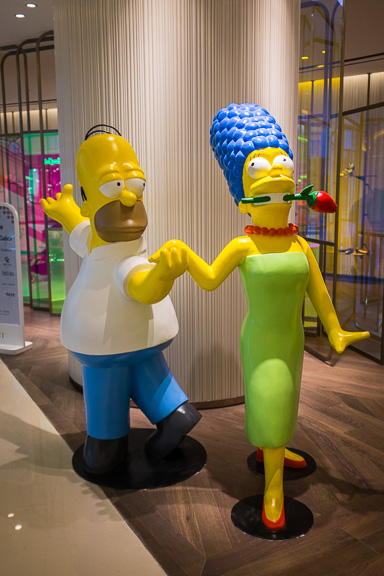 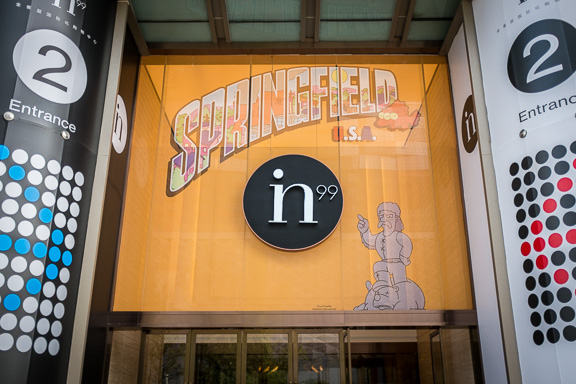 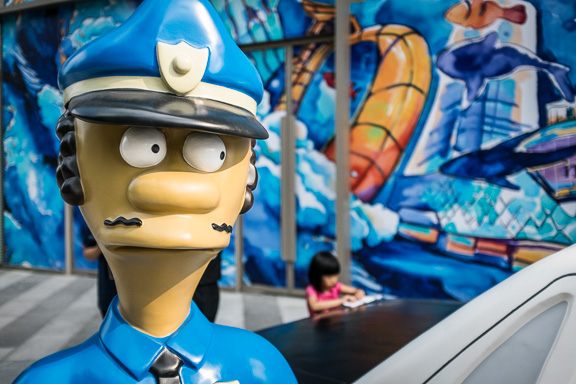 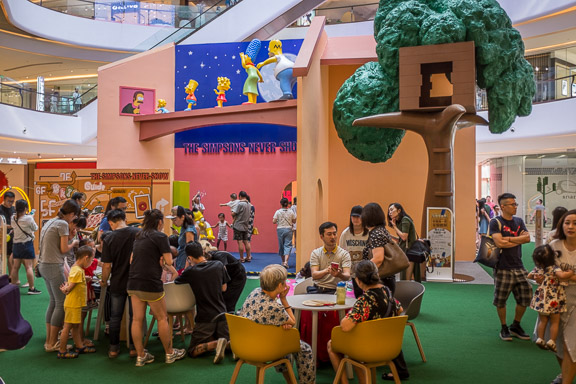 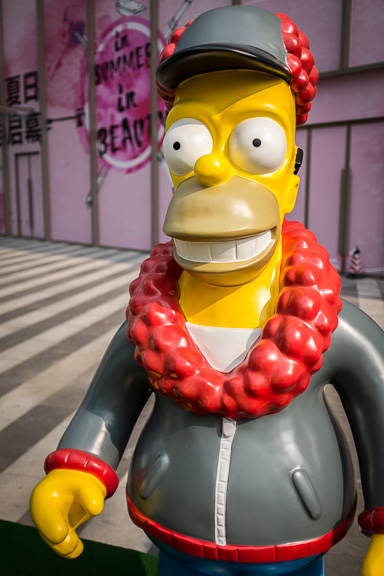 2 thoughts on “The Simpsons Come to Chengdu”