One phenomenon in major Chinese cities which you may have noticed in recent years is the proliferation of state-run billboards. If you’re literate in Chinese, there’s a lot of cultural insight to be had in understanding the goals, concerns and priorities of Chinese society. Typically these speak to cultural growth of the city, economic development, civility and orderliness, and tackling crime and corruption. But you might find that some are surprisingly clever and insightful.

In Chengdu most of these are sponsored by the local city government, but there are new ones going up all the time. These five were captured in the South of Chengdu in just a small radius of the city. Keep your eye open in Chengdu, or any other major city in China, and you’re likely to see dozens or hundreds of these. 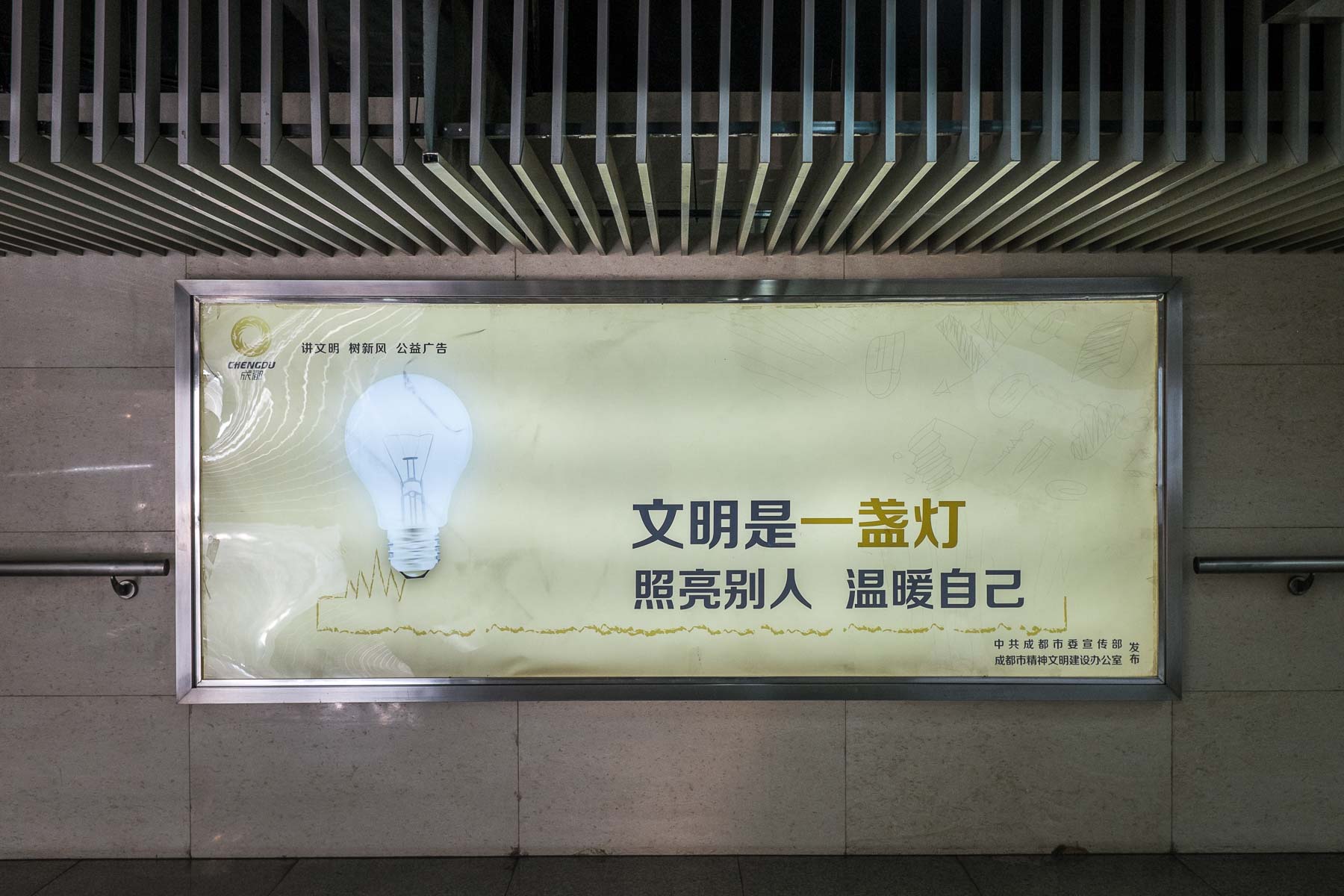 “Culture is a light
Illuminate others, enrich yourself.” 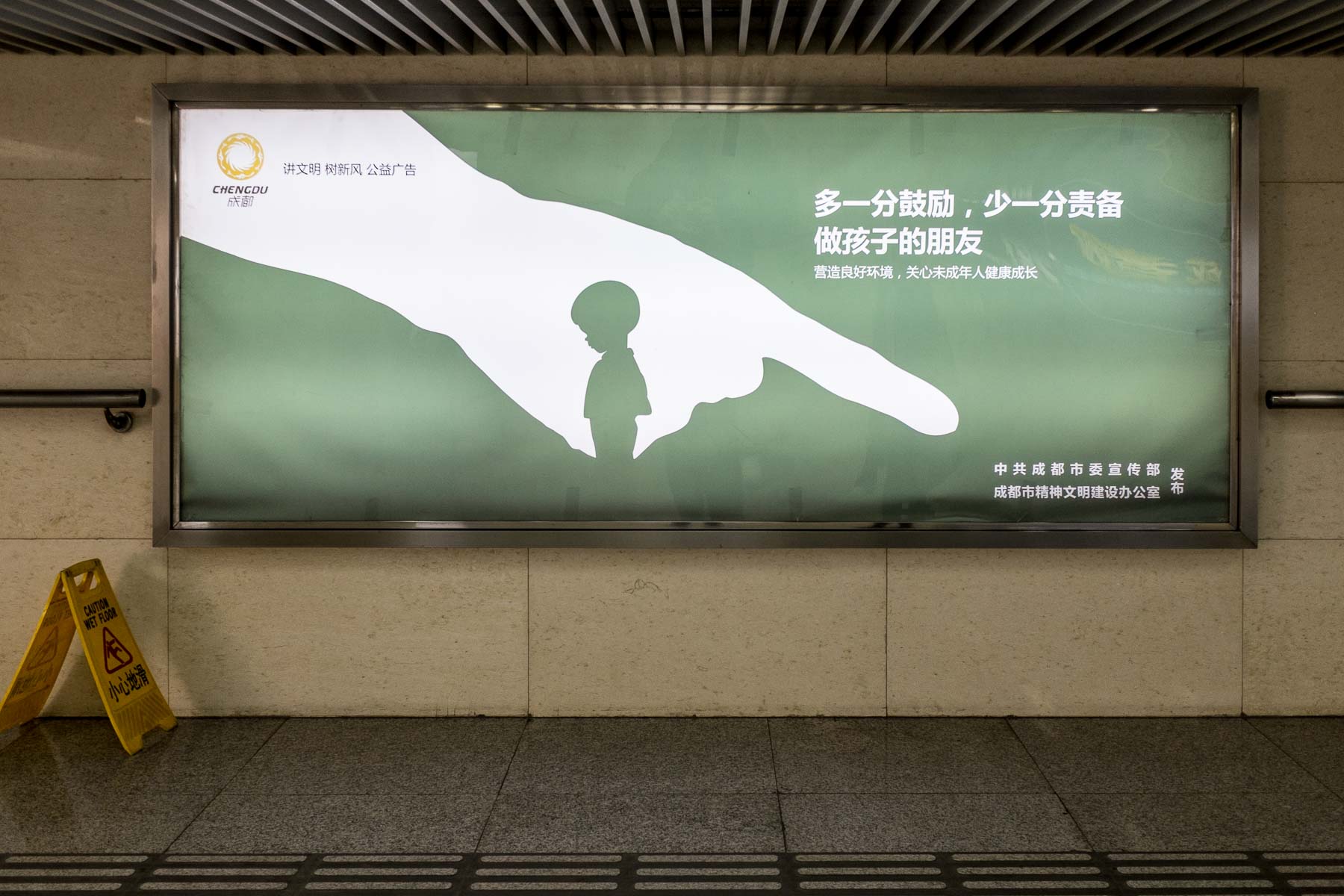 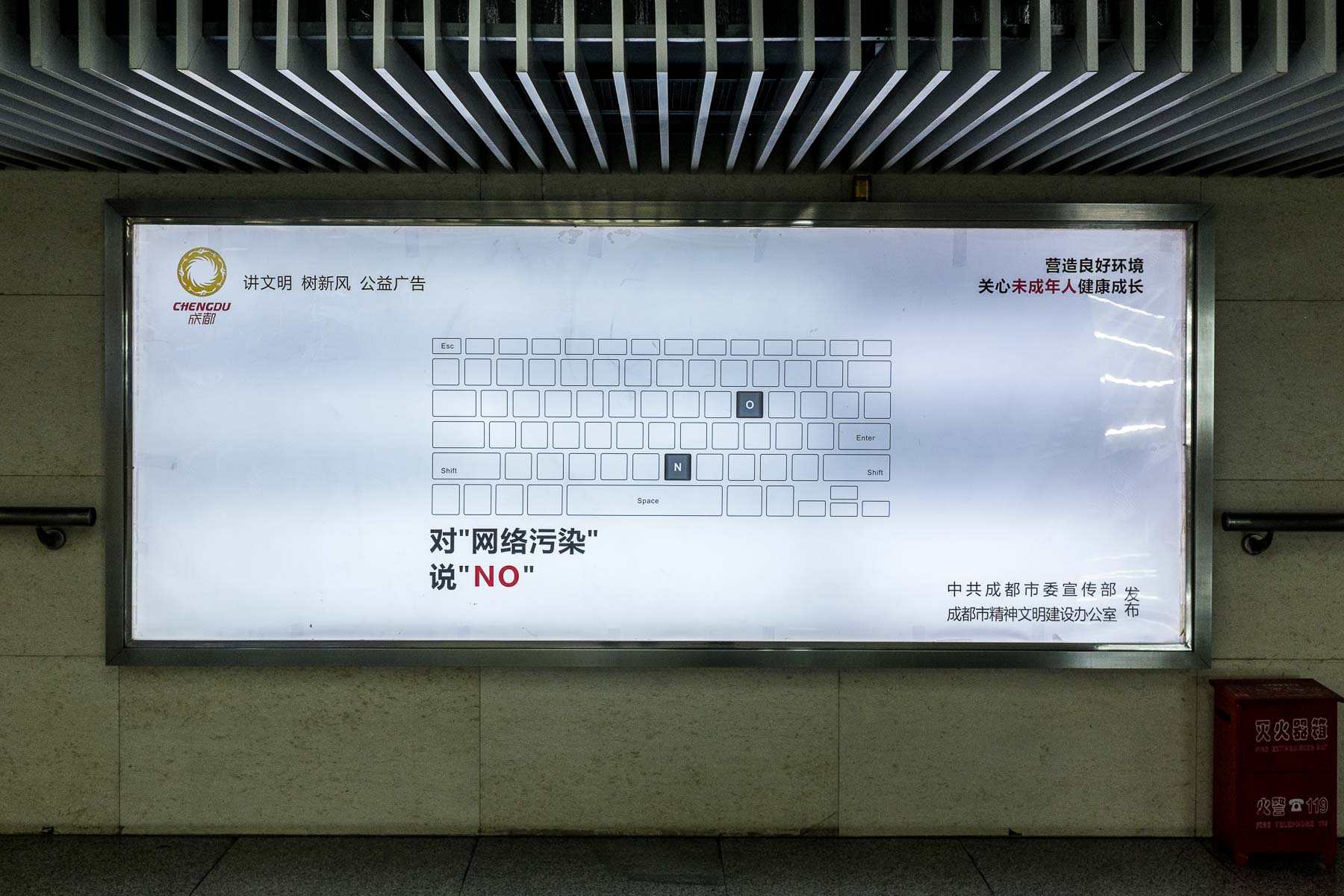 To “Internet pollution”
Say “NO” “Spread the culture of Sichuan to create a more brilliant civilization,
Work diligently to build an international city of culture.” 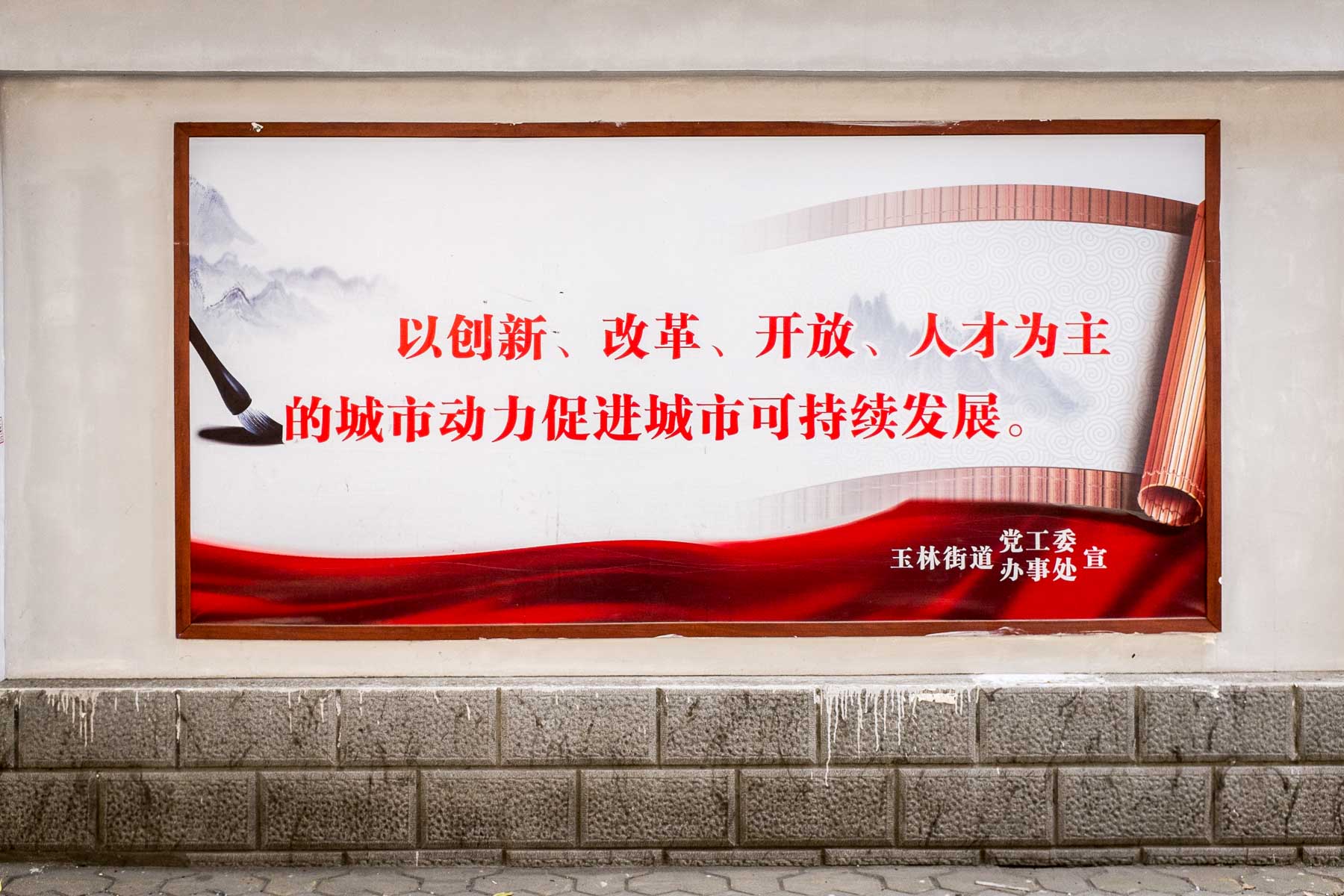 “Through innovation, reform, openness, and a priority on talent,
Rapidly advance and improve development of the city.”

2 thoughts on “What the Billboards in Chengdu Say”