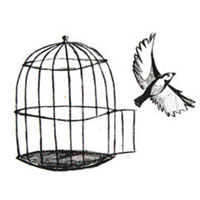 Is it possible that we, as foreigners, can feel more free in China than in our home countries? I chose to write this article because I feel it many ways, I am.

The real caveat here is that this article is written from my perspective as an American (a country obsessed with personal freedom), and it pertains only to foreigners living in China. I acknowledge that for Chinese citizens, a lot of these freedoms either don’t exist or are heavily restricted.
Let me begin with a short example. I make videos in Chengdu with a good friend, and over the past few months we were working on a video about Ebikes in Chengdu. This involved us riding around Chengdu and filming anytime we found something unique or interesting. We rode bikes around coffee shops, the Poly Center and sex shops among many others.

What was crazy about this, and what shocked my friend (who is experienced at filming in the U.K.) is how easy it was to film without ever hearing “you can’t film here.” For my friend, this was night and day from back home, where any time he went out on the street with a camera he had about 10 minutes before the police would show up to put a stop to his unlicensed filming.

To me, this is a form of freedom. There’s so much that we can get away with as foreigners that we couldn’t back in our home countries. Did I mention that for this film we were riding around bikes without helmets or driving licenses? They are not required in China.

What are some other aspects of “freedom”? Freedom of speech, freedom of expression? As an American I’m constantly inundated on social media (especially during this election time) by declarations of how free America is. I will in no way attempt to argue that freedom of speech in China is anywhere close to America, but have I ever felt like I couldn’t say something I wanted to in China because it was sensitive? No. With that said, do I go about writing articles criticizing the Chinese government? Of course not. But I feel that many foreigners have this opinion that China is akin to North Korea in terms of censoring speech, and if I post something about how I disagree with China’s views on Tibet on my Facebook I’m going to be working in a labor camp for the next 15 years (fingers crossed here!)

While there are definite restrictions in these two areas when it comes to freedom here in China, let’s also look at simple things that cause me to feel more free here than I would in my home country. 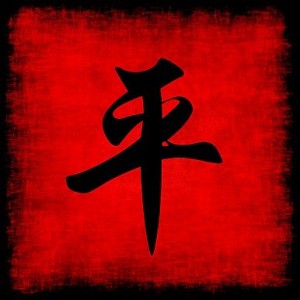 My God, how safe is China? If I walked down the number of dark alleys at 4 am in NYC that I do in China I don’t think I would’ve lasted two weeks. This safety is, for me, one of the great things about China that doesn’t exist back in the states. And that safety, in turn, leads to a sense of freedom in that I rarely have to worry about where I’m walking or who I’m walking with.

I think that safety in China is something foreigners take for granted, but aside from petty things like scooter theft, there’s very little danger of violent crimes in this country, which is one of its truly great qualities. There are health concerns in China, to be certain. Violent crime is not one of them. 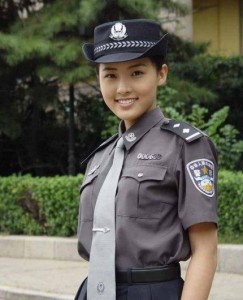 This might seem contradictory to my previous point, but while I see police all over China, I rarely see them doing anything. Having grown up in America, I have a healthy sense of apprehension and fear regarding police, which I don’t view as a positive quality. This is due to both personal experiences and news stories which depict over-zealous police officers that either out of boredom or an inflated sense of authority feel the need to interfere in situations where they are probably not needed.

I rarely, if ever, get told by a police officer in China that I can’t go somewhere, can’t walk into a building, can’t drive here, can’t drink here etc. The lawlessness of China isn’t always a good thing, and likely won’t always exist, but it provides me a sense of freedom I rarely experience elsewhere.

I understand that the police can still do obnoxious things like show up randomly at your apartment demanding to see expat’s documentation, but this seems a small and innocuous invasion of privacy compared to some of the things police officers can do back in the USA.

The Freedom to Make Friends

How many times have you been approached by a random Chinese person on the street who just simply wants to “be friends”? In China this completely acceptable social interaction, where as back in the USA this type of behavior is basically reserved to the clinically insane. That is an overstatement, but it’s much easier and more acceptable in China to have social interactions with strangers. In fact, most locals will relish the opportunity to interact with you, I find. As a foreigner, if you want to make friends with Chinese people it simply couldn’t be much easier.

Even when it comes to meeting other foreigners in Chengdu, that fear of approaching a random stranger that is prevalent in many western countries doesn’t exist as much here. Because we, as foreigners, are in the minority, we share a common quality that lends itself to friendship and mutual understanding. I’m personally a fan of the “Laowai nod” when passing a foreigner on the street. That eye contact and subtle raise of the head conveys that unspoken bond that exists between two foreigners in China. You’re foreign, I’m foreign, so we cool.

Freedom of Drinking and Smoking 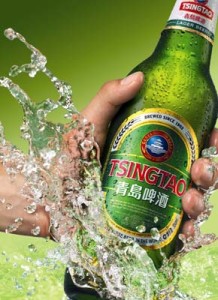 This might be the most superficial of all the freedoms here, but it does bear mentioning that any time you want you can grab a beer from a convenience store and drink it on the street. Or smoke a cigarette in almost any building or location you want.

There are some instances where I despise this freedom (e.g. all the men smoking in the locker room of my gym), but it must be mentioned because it is something that back in the US, and many western countries is strictly enforced. There’s a reason for that, to be sure, but it’s nice in China to be able to grab a drink whenever you want and not have to worry about being accosted for drinking it as you walk to a bar or party.

Unless you’re eating western food every single night, it’s very easy to live comfortably in China on an incredibly low income or budget. Yes, I know prices are rising in China, but there’s no way I’d be able to rent to apartment I do in any city in the USA for the $300 a month that I do here. Besides living expenses, there’s additional financial freedom in the fact that, as a foreigner, you can easily make enough money to survive here will limited talent or skills. This is not to knock the education profession, but it’s one of the easiest jobs to get and maintain that I’ve ever encountered. And if you want to move beyond teaching English, there are options for that as well.

This lack of financial burden can allow foreigners to pursue other goals in China while not constantly having to worry about where the next meal or month’s rent is coming from.

The Freedom to “Be Different”

It’s easy to get fed up with the stares and shouts of “laowai” after being in China for a year or so, but we shouldn’t forget the opposite side of this “being different” situation.

First, you can really dress however you like, dye your hair or get some tattoos and not be unduly judged for it. Basically, the people that are going to stare at you are going to stare just because you’re foreign, anyways, so having some pink hair or shorts and flip-flops in February is just one of those “cultural differences”.

Secondly, the amount of opportunities we get just for being “foreign”, and how easy it is to “fake” our way into further, greater opportunities. Monkey jobs, where one gets paid simply for being white and smiling, are a good example of this. Not a good job, per se, but an opportunity that would never present itself in most of our home countries.

And while better, jobs probably won’t pay you just for being foreign, it does present a huge amount of opportunity, and a lot of leeway for us to get our foot in the door, creating new opportunity. It’s the freedom to present ourselves as whatever kind of person we want. Almost like a fresh start, since in a sense, we have all left another world behind.

In China, I rarely feel, or have friends that seem to feel, any pressure to date a certain kind of person. Age, ethnicity, and even sexuality are not that publicly scrutinized when it comes to foreigners dating. I think for a lot of us one of the main draws of China is how it feels like an escape from societal pressures, and the dating sphere here definitely shows that.

Seeing a 35-year-old foreign guy with a 21-year-old Chinese girl is quite common here, and Chinese society doesn’t frown on this. Homosexual relationships are also quite accepted here. Despite old ideas in China being against this, it’s easy to see how fascinated and accepting of these types of relationships the younger Chinese generation is. Also, as most of us are living here without our families from back home, there’s much less pressure to date someone they would find suitable, or even to get married, as we are basically exempt from the pressures of Chinese society.

I am in no way trying to argue that China is more of a “free” country than the USA. But there are more than a few ways in which, as foreigners, we are given a lot more leeway and opportunities that we wouldn’t get back in our home countries. For me personally, that’s one of the reasons I like living in China and why I’ve stayed here so long. To sum it up in a way that is not perfectly correct or eloquent, but gets the point across: “In China, as a foreigner, you can kind of get away with whatever the fuck you want.” 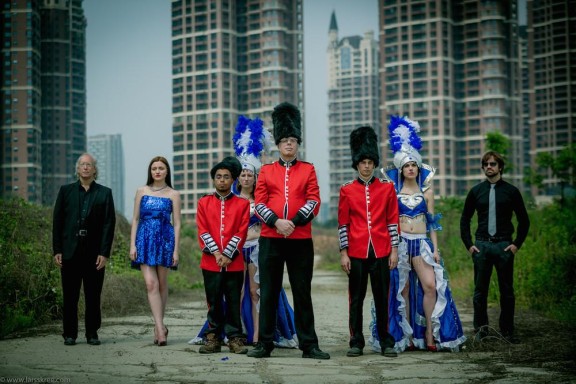 20 thoughts on “7 Expat Freedoms in China”