Chengdu Living: Who are you, and what is Hugo’s?

I’m Hugo! Hugo’s Brewpub is my brain child. I was born and raised in Chengdu, and have only been away for 6 years. I studied and worked in Canada, the most beautiful country in the world. It was at that time the fine hoppy taste of American IPA (Indian Pale Ale) blew my mind away which led to me falling in love with craft beer. 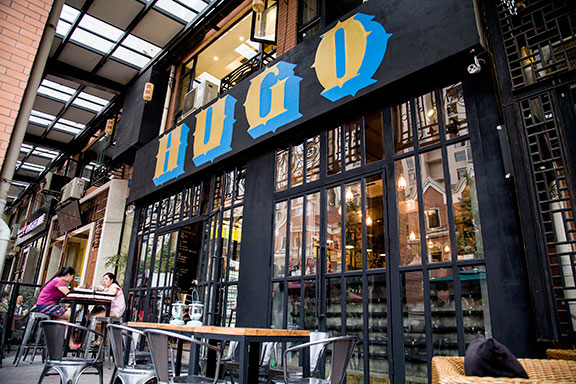 I started home brewing two years ago and been brewing with two of my best buddies since then. It was then we began to take beer very seriously. I’m pretty sure we’ve drank all the imported beer we’ve encountered, and we have reviewed them all. We also found the recipes of a lot of our favorite beers to brew with, so there has been a lot of experimentation.

I’ve grown tired of all the boring bars and so called “imported beer experience stores”, so myself and these two friends decided to open a brewpub and sell only draft beers and the beers we love.

Currently we have 28 taps and a fine selection of bottle beers. 10 taps are our regulars and we rotate the other 18.

It was 10 years ago that I first experienced home brewing. One of my college mates in Canada was a home brewer. He basically only used cooking ware and was using a bathtub. I was fascinated by the idea that you could brew any beer you like which gives you total freedom.

When I got back, I began seeking out a lot of craft beers. I fell in love with the concept of brewing my own beer. That’s how I started.

Chengdu Living: How long has Hugo’s been open, and what is your philosophy toward the business? How is Hugo’s different from other places?

Hugo’s brewpub have been open for almost a year. June 6th is our anniversary.

We are not business people, really. Beer comes first. Beautiful beer is our passion.

Our main focus is to bring the best craft beer on draft to Chengdu and brew with traditional local ingredients, like our famous Sichuan Pepper Saison which is infused with a light pepper flavor to amplify the spiciness of a classical saison. 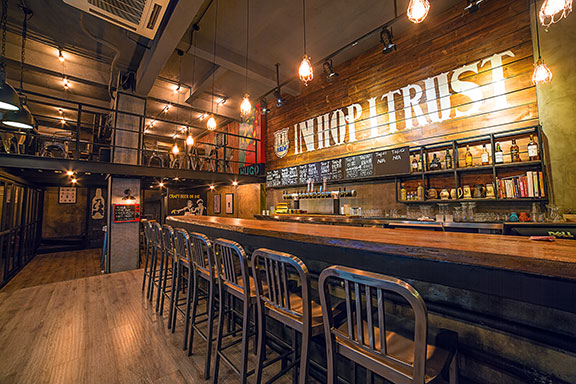 Chengdu Living: I know that you’ve traveled to the United States and Europe to visit breweries. How does China compare?

Everything about craft beers in China is just getting started. We are fast and we are catching up. But I have to confess we are still mostly amateurs, with few real professionals that have come from overseas.

Chengdu Living: Besides your own, what are some of your favorite breweries in China, or bars that you would recommend people visit?

They are mostly bars. In Beijing, there are five brewpubs or taprooms you definitely want to check out. They are:

Those so called “big five” all brew their own beers. In Shanghai, you don’t want to miss Boxing Cat and Liquid Laundry which are owned by the same person. Also The Brew, Doctor Beer and Tap House are fun places.

I also love to go to my buddies’ bar in Chongqing to drink. You will want to check out Hops and Yolo.

Chengdu Living: Of the breweries that you’ve visited, which is most impressive, and why?

I went to this beautiful brewery called Cloud Water in Manchester, U.K. They are ranked among the top five new craft breweries in the U.K. right now. The brewery is spectacularly designed with a neat hive-shaped ceramic floor. All the tanks are beautifully welded. Of course their beer is very, very good.

Chengdu Living: You have an incredible selection of beer at Hugo’s. What was the process to build up such a large selection? How long did it take, and how often do you add new beers?

Before we started, the three of us tried basically every beer that we could find on the market. We travelled to faraway places to sample exotic beers. We did a lot of internet research, learning more about what’s available on the market and how audiences are responding.

In the end it’s a very careful process of selection. We don’t want mediocre beer. We only want beer with character and a story.

We have new beer coming in every week either on draft or in bottle. So our beer menu is constantly changing. Check us out.

Chengdu Living: What type of beer is most popular at Hugo’s? Why do you think this type is so popular? Do you notice that expat customers and Chinese customers have different tastes? If so, how are they different?

German Hefeweizen is the most popular one. It is the most easy going beer. Almost no bitterness but with strong fruitiness and sweetness.

I think the main reason people, especially Chinese, love it is because of the sweet taste of malt and wheat. Of course 9 out of 10 Chinese consider German beer to be the best. I think they are wrong.

People from Europe are more into their home town beer, like English Pale Ale and Belgian Strong Ale. People from the states love American Pale Ale and IPA . It is just their culture to drink those types of beer. 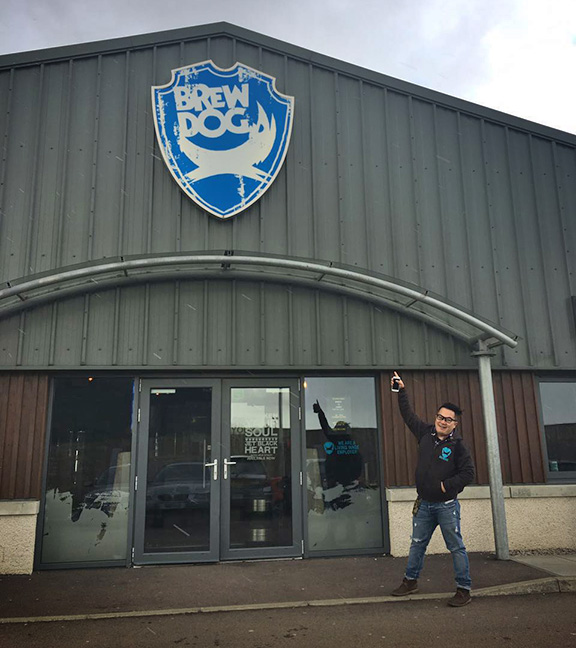 If you want to get into the specifics, by culture I mean how their culinary tradition, climate and environment have shaped their drinking culture.

Chengdu Living: In the next 5-10 years, how do you see beer culture in China changing?

The scene will grow, there will be more craft beer and people will take beer more seriously. Less stupid mindless “Cheers!” (Ganbei ??!) culture. 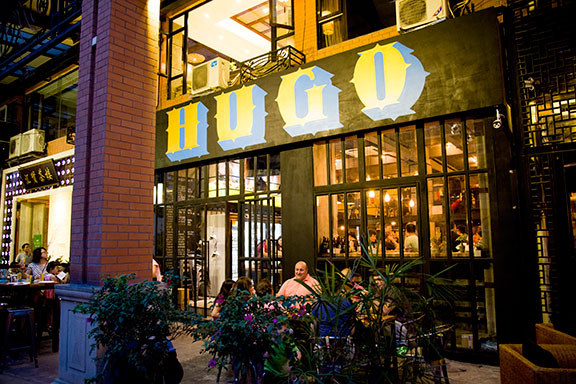 Chengdu Living:  What’s your favorite type of beer? Is it popular in China? How did you discover it, and how would you describe it to someone who’s never experienced it before?

My favorite type of beer is American IPA. It is becoming the most popular style in China. It’s now fashionable to order a pint of IPA in any craft beer bar here. People have the conception that if you haven’t had IPA before, don’t consider yourself a craft beer lover.

The first time I had it was in Canada. The rich fruitness from the hop just strike me as a fresh morning wind. And the bitter after taste is a sweet punch in my face. One pint is never enough. And the alcohol level will leave you feeling slightly dazed.

5 thoughts on “Hugo’s: Inside the Chengdu Brewery”