Chengdu Living: To those who don’t know you, who are you?

I’m a Sichuanese local, my name is Rabbi (pronounced “Robby”). I’m a DJ, my DJ name is Super Best Friend. Lastly, I’m the founder and director of club NASA and streetwear label d3f, both of which are also Chengdu locals. I’m a hip hop head. 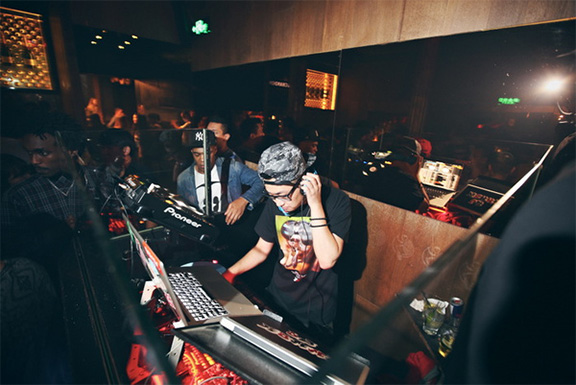 Chengdu Living: How and when did you begin promoting underground culture in Chengdu? What was the beginning like?

The first job I got after college graduation was writing editorials about hip hop and music culture in China. I wrote for magazines like Rollingstone China, HIT, 1626, and some others. I knew that in order for underground roots to take hold in the city, the real culture of hip hop would have to be promoted by someone. So I started working to promote it with some other local hip hop pioneers: DJ R-Sun, M.O.W., and Yaksa, among others.

That was 8 or 9 years ago, when we started doing local hiphop events. At the time, The Hemp House was our spot. Most shows were packed and we have all of the local hip hop crews on stage, together. It was all good back then.

Chengdu Living: Tell me about NASA. When did you first get the idea for NASA, and how did it start? Since it started, how has it grown and changed?

DJ R-Sun and I started a DJ studio called Noizybox, designed to educate people on the culture of hip hop DJ’ing. At first we started doing events with Chengdu clubs, but we found it difficult. They aren’t educated on what good music is and they are reluctant to spend money to book real artists.

Shortly after that, The Poly Center opened and I DJ’d at Here We Go, and I realized the potential of that building. We had to move our studio at the time anyway, so we were searching for venues, but decided to move to the Poly Center. We ended up moving to the 19th floor, and that’s where NASA is now. Originally, NASA stood for Noizybox Artists’ Space Attic and was a studio in the daytime and a club at night. In the beginning it was only open on weekends, but as the audience grew and the circle became larger, we renovated and doubled the size of the venue and began to open everyday. It has really allowed us to bring bigger and better guests to Chengdu, and to share our love of music with the city.

Since then, we’ve hosted Troyboi, Mr Carmack and a lot of other international artists to do their first shows in Western China. We’re proud of that.

Chengdu Living: What do you think of Chengdu nightlife overall? How does it compare to Beijing and Shanghai?

Chengdu’s nightlife scene is pretty massive. From commercial to underground events, there are many different options in the city. It’s great to see it grow. Compared to Beijing and Shanghai, our scene is younger. But we are growing quickly, and establishing ourselves on the national scene. It’s a beautiful thing to see.

Chengdu Living: We recently met in California. What was your impression of music culture in America, and how does it compare to Chengdu? Did your trip there change your perspective on NASA, D3F, or your mission to promote underground culture in Chengdu?

For hip hop culture, there’s no doubt that America is the leader. But on my recent trip there, I saw two sides of it: the mainstream culture of creating and selling the “image” of hip hop, and the underground which is fighting for civil and minority rights. In China, it’s very different. Not just in Chengdu but nationwide, with few exceptions, we can only get mainstream hip hop here. That’s why hip hop clothing is much more popular than hip hop itself in China. This recent trip has only increased my commitment to promoting real culture here, because I believe it’s an important mission. 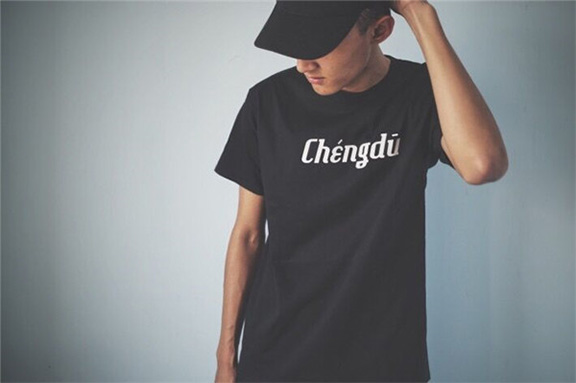 Chengdu Living: Tell me about d3f – what is it, and how did it start?

d3f was the first boutique streetwear brand founded in Chengdu, and it was started in 2007. It was founded to create a platform for street culture communication. We bring good brands to Chengdu and represent our city by developing our own production line, making noise by promoting events, and working with other local crews and brands. d3f is in its ninth year now, and we’re still enthusiastic and passionate about promoting it and growing the brand.

Chengdu Living: One of your most popular t-shirts is one that says “I Love Chengdu” with a heart. What was this designed to communicate, and what are your favorite aspects of Chengdu’s culture that you would like to share with outsiders?

That shirt is one of our most popular designs – it’s a “bootleg” of the classic “I Heart NYC” design. It’s a playful shirt which is a reminder for people living here to be proud of their city and to work together to create a better Chengdu. Speaking for myself, the people and food of Chengdu are two of my favorite things here, which are deeply associated with the city itself. 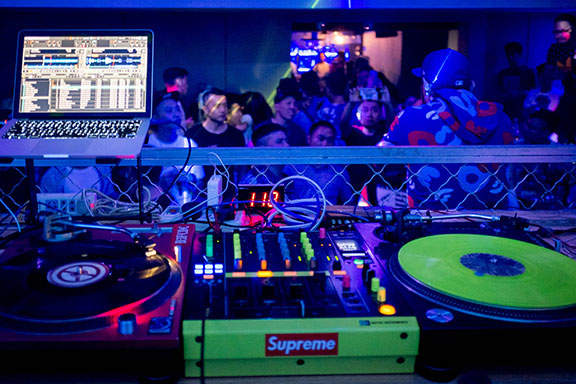 Chengdu Living: Anyone who’s spent time in the Poly Center knows that balloons (nitrous oxide) is hugely popular in Chengdu. I know that you made the choice to stop selling these at NASA a few months ago. Tell me about that decision – what do you think about the popularity of balloons in Chengdu and why did you ban their sale in NASA?

It became really popular and suddenly started to be everywhere. Fortunately, nothing really bad has happened so far. But to be honest, we just want to focus on music. That is why we started NASA. 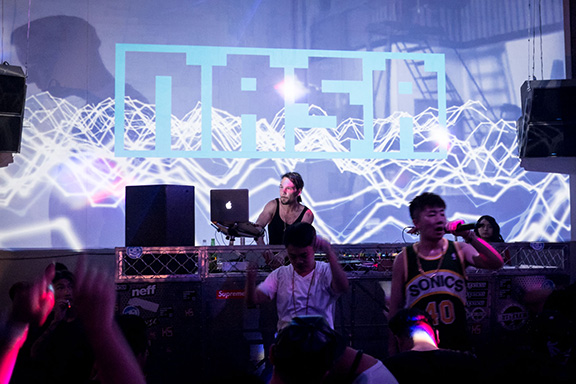 Chengdu Living: Any other thoughts about Chengdu that you’d like to share with people who are new to the city?

When you come to Chengdu, don’t be in a rush. Take your time, like the people of Chengdu do. Spend some time just lounging around and absorb the vibe of Chengdu. You can’t rush it.