A week before halloween, a costumed DJ came to Chengdu’s Xiong Mao club and got the place rowdy. Real rowdy.

I gave away some free tickets to the show on the forum and headed over with friends around 10pm. I had heard about this DJ before, Liman from Beijing, but hadn’t seen him perform before. He was playing alongside DJ Tomu from Tokyo and Chengdu’s D3F crew, but Liman stole the show with great stage presence. He climbed atop the DJ table, gestured to the crowd all night, and came in a studded leather jacket and punk rock persona. If you weren’t there, you missed out.

But even if you did, the good news is that Xiong Mao, three weeks after hosting DJ Shadow, is doing well and drawing a crowd. Catch me and friends there next week at Disco Death on Friday October 28th with DJ JCC. Come in a costume and get in for free. 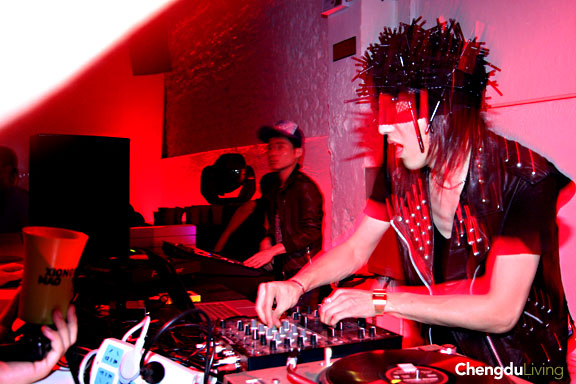 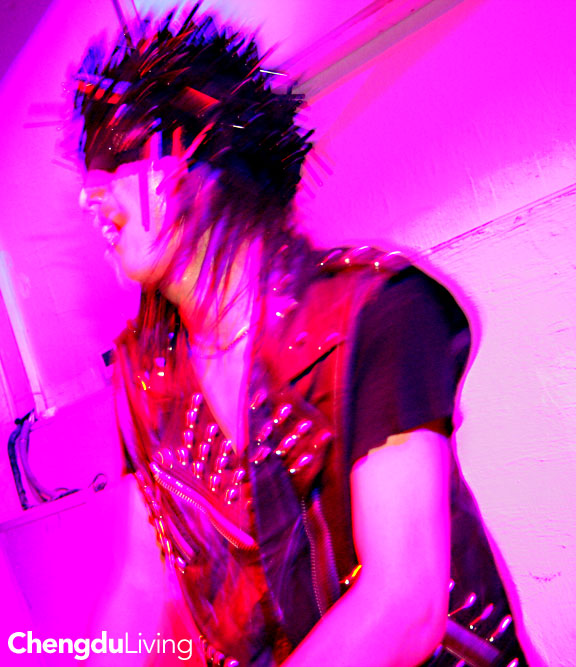 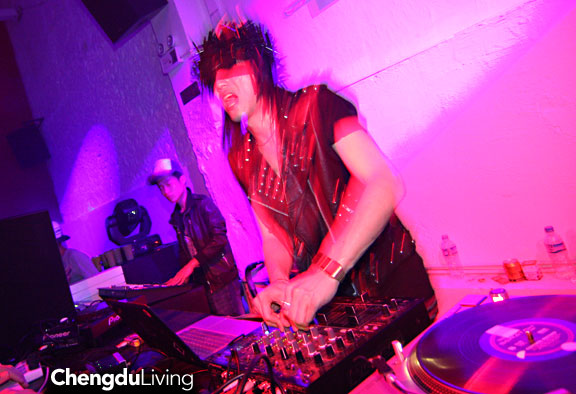 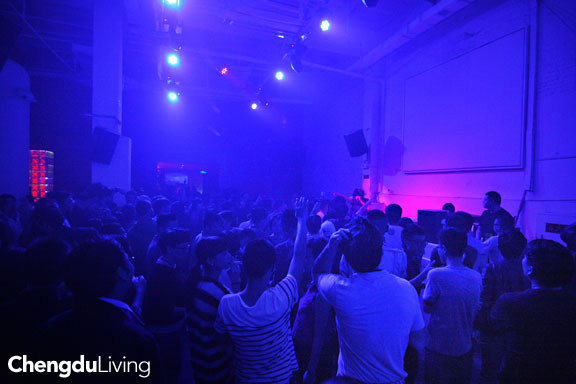 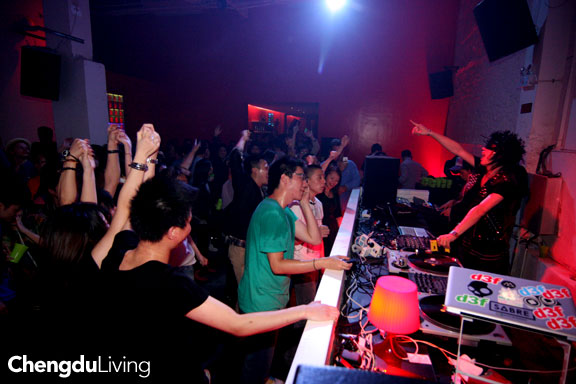 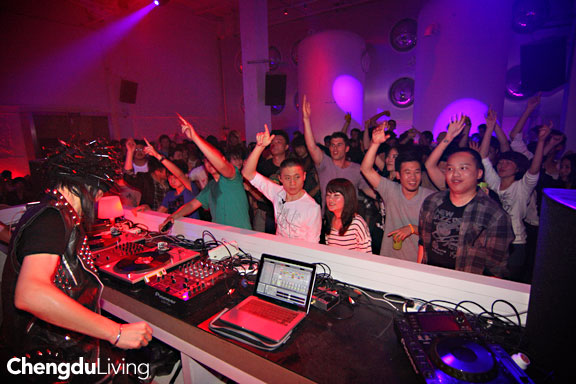 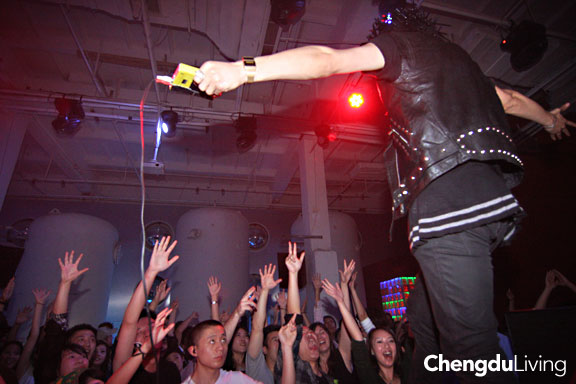 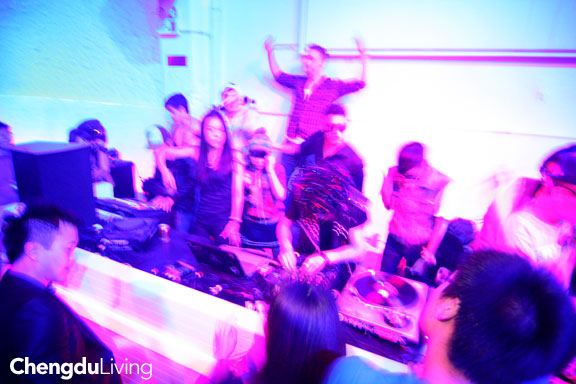 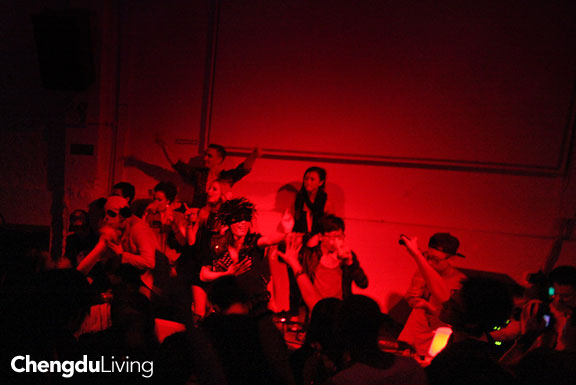 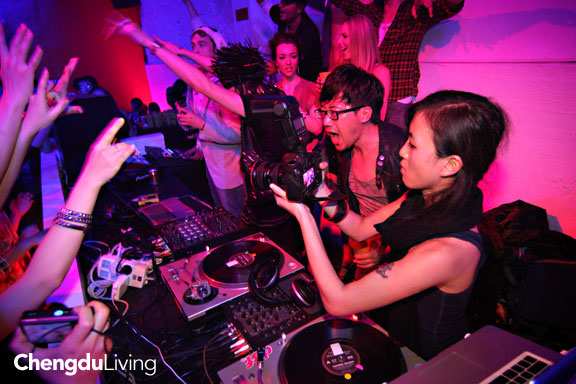 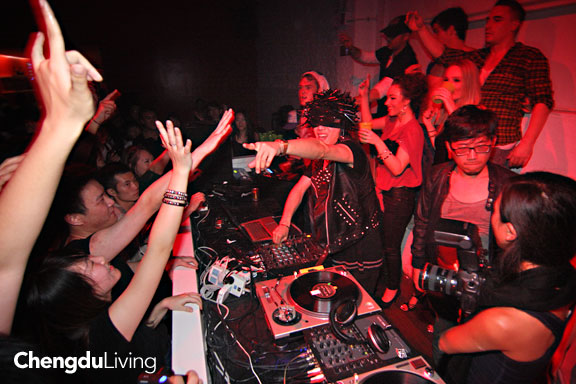 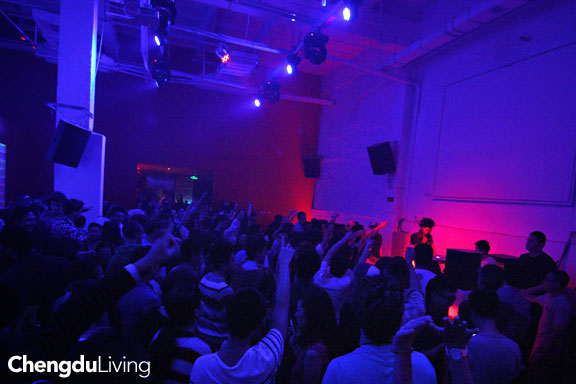