Following our look at health, hospitals and the birth process in our Giving Birth in Chengdu series, this is a guest post authored by an American student of Chinese Traditional Medicine in China.

My Clinical Herbology textbook has almost 400 different medicines in it. Not all of them are actually herbs, or even plants. Some are minerals, like Sodium Sulphate (gentle laxative), and Arsenic Oxide (for skin parasites and gangrenous flesh), and some are animals, like cicada exoskeleton (to cure laryngitis and sties) and bear gall (for mouth sores, hemorrhoids, and twitching).

Honestly, I am not very interested in my Herbology class. The reason is that I don’t quite understand what’s going on. And the reason I don’t know exactly what is going on is because I accidentally took the class too soon. Originally, I wanted to take a class on Diagnosis; however, it didn’t fit into my schedule. So, I signed up for the Medicine class instead. So, here I am studying ways to cure ailments before I can even identify them. At first glance, this may not sound too complicated. When you think of ailments, 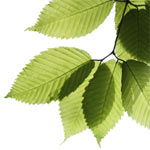 you think coughs, cancer, hemorrhoids, and so on. You think – just as I do – that an ailment is a concrete thing with a name, and every named ailment has a definable course of treatment. This is quite common. In the US, when we have a sore throat, we do what? We get some throat lozenges or, in a worst case scenario, some antibiotics. We aim at the symptom. And studying medicine shouldn’t be any different. A medicine cures an ailment. Duh!

However, to understand why I am having such a difficult time understanding Traditional Chinese Medicine (TCM), one must first understand that these ailments are as defined and comprehensible only in the context of TCM. What Western Medicine deems “ailments” or “sicknesses” are what Chinese Medicine generally calls “symptoms”. So, when my Medicine professor tells me that Tianhuafen (Trichosanthes kirilowii) is great for “cooling sub-surface heat and replenishing body fluid”, I am almost completely without context for understanding. Even if the old geezer told me in layman’s terms that the medicine treats a shallow fever accompanied by deep thirst, I still wouldn’t quite understand how these symptoms constitute an ailment. Because of my cultural background, I just don’t think about sickness in that way. A Chinese Medicine “ailment” is less like what one normally considers a “sickness” or “disease” and more of a malleable process. It’s a description of one or more body 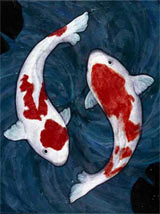 imbalances. It usually describes the pathogen, the direction the pathogen is proceeding, the unbalanced organ, fluid, qi, yin or yang, and the predominant symptom. Nearly every ailment is a combination of four Chinese characters, nearly impossible to translate into English, and far and away different than what one would describe as an ailment in Western terms. The reason for this is that TCM follows a philosophy and set of rules almost completely removed from Western Medicine and, therefore, comprehensible English terminology. There is some overlap, particularly in the realm of viral diseases or syndromes with commonly known processes, such as chicken pox, measles, polio, etc., but even these are subject to debate.

Breaking Through to the Other Side

I am realizing that there is an underlying philosophical barrier – a sort of shift in perspective – that one must breach before one can grasp TCM on even a fundamental level. It is precisely because of this incongruity that most Western physicians, and indeed a vast proportion of the medical world, doubt the effectiveness of TCM. TCM is a vast and complex system that one simply cannot understand in any brief span of time, which is what most non-TCM physicians are willing to contribute to its study. Moreover, TCM has arisen from a completely separate root from Western medicine. Just like Western medicine, TCM has organs and fluids and arteries and so on. Although at times similar, even these are not the same. For instance, the kidneys and spleen in TCM are in completely different places in the body than they would be located of, say, one opened up the body and searched them out. In TCM there is only one kidney, but to cut open the body it is very clear there are two. At a glance, Western physicians laugh at this as an absurd contradiction and fallacy. There are two kidneys, and, thus, TCM is wrong. However, what these cynics fail to realize is that Chinese physicians had begun and advanced human dissection and anatomical study hundreds of years ahead of Europeans. Chinese physicians know quite well there are two physical kidney organs. It’s just that what a TCM physician means when he or she says “organ” is not the same thing as the common English noun “organ”.

In actuality, a TCM organ is not a physical thing at all.

Although it does have some basis in physical anatomical structure; rather, (and this may seem a tad abstract) it is a series of functions. These functions cannot exist in a vacuum void of the body as a whole. For instance, the TCM liver stores blood, dredges and regulates; governs the tendons; and its function or dysfunction can be seen on the nails and in the eyes. Hence, there is some overlap in the function of the TCM liver as compared to the physical liver organ – such as the capacity to store blood, but there are an overwhelming amount of differences as well. Too many, actually, to even presume they are the same thing. I would argue that the only reason the TCM liver (ganzang) is translated into English as “liver” at all is merely for lack of a better word. If translators called it “ganzang” instead of “liver”, then English readers would be even more confused. To go a step further, TCM organs are interconnected and connected to all other parts of the body through blood and qi which flow through meridians and vessels (not the same as veins and arteries). Qi flow as well as the balance of yin and yang are the bases for much of TCM philosophy, diagnosis, and treatment. There are no enzymes, no hormones. There isn’t even a nervous system in TCM. But there is a 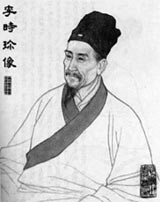 Take the common cold for instance. Runny nose, sore throat, sinus congestion – if you’ve got these symptoms, then you’ve got a cold, right? Yet, Western medicine has no cure for the common cold. Chinese Medicine, on the other hand, sees these symptoms, diagnoses a cold, but then continues to determine exactly what type of cold it is and why. Does one have these symptoms because pathogenic wind harmed the lungs, because spleen qi is unbalanced leading to an overabundance of mucous, because of pathogenic internal fire, and so on?

A cold is not just a cold; it is a story. Symptoms are characters.

Characters move and change, so too is a TCM ailment dynamic. When one goes for TCM treatment, the physician will prescribe a course of treatment lasting at most three days. When the three days have passed, if the patient is still ill it is expected that the patient will return for another check-up. To not be cured after three days does not mean the treatment is ineffective. Rather, treatment causes the ailment to change – with accurate diagnosis, to move to a more shallow organ or in the direction of lessening severity. The physician then diagnoses and treats the new ailment, and so on and so forth. There are common storylines to which physicians are familiar, but because the external world is not static and the body’s internal world constantly shifts and adapts to the changing external environment, a physician cannot predict ahead of time exactly what direction the illness will move. It is not one-stop shopping. Thorough treatment is a process. Thus, Chinese Medicine is considered quite slow by Western and even Chinese standards. In a fast-paced world, the slow cure is often overlooked for quicker, easier results. There is much to be said for patience and gentler, more natural medicine. Cut a weed at its stem and it will surely grow back. To get rid of the weed, one must kill the root.

Try telling that to a cancer patient, though. When my dad had a malignant tumor, I remember very clearly him saying to me, “I just want it out. It’s like I have an alien growing in my body. I just want it out,” and the sooner the better.

So, you see my dilemma, then. I do not understand TCM. I can’t “make it go”, as one philosophy professor once termed the process of understanding an artist’s perspective in understanding his or her art. I doubt the effectiveness of TCM, particularly as juxtaposed with the more familiar world of one-step medicines, antibiotics, and incisions to which I am accustomed. It gets worse, too. Lately, more and more TCM physicians advocate and prescribe Western medicines. Recently, when I got sick andwent to see the doctor, he directly asked me, “Do you want the quick treatment or the slow one?” I didn’t even hesitate. “I want the quick one!” The way I see it, if a doctor is willing to ask me such a question, he clearly has ample faith in the effectiveness of the quick cure. Otherwise, on moral grounds, he should adamantly refuse to provide an inferior treatment method. In the end, he prescribed a combination of antibiotics and Chinese herbs. Nothing like Amoxicillin and dandelion root to cure what ails ya.

So, I have my lack of understanding and moral dilemma. Nonetheless, who can complain when their professor is telling them the unparalleled effectiveness of brown bear gall in curing tics? I certainly can’t. While I am quite positive I cannot possibly grasp the basic nuances of my Medicine class at this juncture, I still try to obtain what cerebral enjoyment I can from the course. Honestly, I haven’t heard of most of the herbs in my textbook. Lately, what I pay most attention to is how TCM treats those herbs, minerals, and animal parts to which I am familiar – those common in the US . Sometimes, there’s a clear overlap. For instance, mint (bohe) is good for cooling the lungs and relieving headaches. Ephedra (mahuang) is great for coughs or shortness of breath and excellent for helping one sweat out a cold. Other times, though, the difference between how a medicine is used in TCM as opposed to what I am accustomed is amazing. Take aloe (luhui), for instance. We use it as a topical skin ointment for burns and rashes in the US . In TCM, aloe’s primary use is to ease constipation. It’s a laxative. Dandelions in the US are great in salads. In China , dandelions (pugongying) are quite potent for relieving sore throat accompanied by fever. 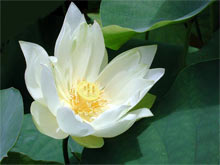 My favorite comparison though, is an herbal medicine we studied in class this afternoon. Huomaren, a.k.a. Cannabis sativa L., a leafy plant known the world over for curing headaches, easing glaucoma, increasing appetite, and inspiring deep investigation into Pink Floyd and Beatles albums. In TCM, you throw away the leaves and keep the seeds. They are a gentle laxative.

17 thoughts on “Symptoms and Ailments: A Westerner’s View of Traditional Chinese Medicine”