Pseudonyms are used below to prevent this article from affecting the business and meetings described in it. Everything else is real.

Billy flew out to Chengdu from New Jersey with both his wife and the ultimate goal of recruiting Chinese elementary school students to attend his summer camp in America. As Billy’s personal Chinese interpreter, I was constantly assessing my role in our entourage, mostly maintaining Billy’s position as leader while judging when I should step ahead, and when to just keep quiet. Billy had come last year to Chengdu with his son on the invitation of his former 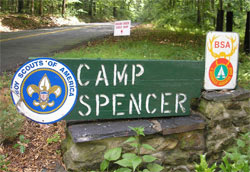 camper, Nick. This year the trip would focus on relationship-building with the heads of private elementary schools, where parents send their children to live Monday through Friday from as early as age one.

The following roles are listed in order of appearance throughout our business trip and are in no way an indication of importance. As you read this, you may find it useful to re-order them according to your own system. Also, being that much of the prose below describes the minutia of body language, you might also want to leave comments at the bottom with your own interpretations and questions for clarification.

Wading through suburban traffic with Chinese Ray at the wheel, I familiarized the venerable Billy with the format of Chinese meetings. I needed an example he could relate to, so I recounted a clumsy meeting I’d observed between Nick (also a close and long-time friend of mine) and a prospective Chinese business partner. My story illustrated that Chinese meetings usually begin with each side establishing trust, mainly talking about their own background, interests, and experience in the business. I explained that from Nick’s perspective, it was best not to promise anything that might lead the Chinese solicitor on (or let him suck Nick into a business deal). Nick’s meeting, in which the Chinese man’s aim was to interest Nick into joining his nascent agricultural advertising firm, went something like this:

Chinese man in his late 20s: “I studied art for a long time, and really believe the advertising industry has potential.”

CM: “Right, I want to make it clear that I’m really committed to the very essence of art, and that it’s always been a passion of mine.”

Nick: “I understand that, I just can’t promise you anything yet.”

CM: “Alright, let me explain. From a young age I always loved art…”

Their meeting went on for several hours, but could, in theory, have been accelerated, had Nick satisfied the Chinese side by simply letting him know that he trusted him. Had Nick just listened politely to his counterpart’s story, nodding and smiling, the meeting could have quickly moved from the “establishing trust” stage into the “discussion of details” stage.

Billy appeared to be amused by the story about his former camper, now grown up. “The introductory segment of a Chinese meeting can usually go on for 45 minutes to an hour,” I told Billy, “but may be longer, so you’ll have to be 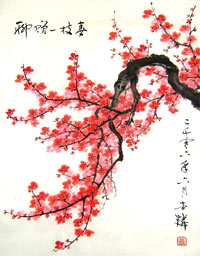 patient. Today’s goal is just to establish trust.” Billy was smart, and had already thought of a strategy: talk about his current role as principal of an elementary school during the school-year, as well as his 40+ years as a school teacher in order to help the Chinese principals relate to him personally and professionally. Billy would wait until later to describe his summer camp and intentions for recruitment. Perfect.

Just before we arrived for our first school visit, Billy turned to me in the back seat and said, “I’m not accustomed with Chinese culture, and I’m thinking that in order to avoid saying anything that might offend anyone, you should change what I say sometimes.” I laughed, “Don’t worry about that, Chinese and English are so different that Ray and I will be changing everything you say to fit Chinese ears. You just focus on what YOU want to say.” Later when the Chinese principal was sitting in the back seat with me on our way to lunch, Billy requested that I ask the principal whether or not he had a family.

I thought back to when I’d started at That’s Yangzhou magazine a few years ago: I had asked my boss if he had any children, and everyone in the office shot me a surprised look. The general manager said to me, “In China, when you talk to a man over the age of 40, you should ask, ‘How old is your child’.” Asking if he has any children questions his manhood.

I quickly wrapped up this story for Billy, and suggested I ask the latter question. Billy consented with amusement. Ray then prodded me to translate the entire explanation and story for the Chinese principal. I did. Premising it with “This is a Sino-American cultural difference” —  the principal’s face washed over with a rainbow of expressions, from interested to offended to perplexed to understanding to delighted, all within about 20 seconds.

As we had initially waited for the principal, Billy took seat on the sofa nearest the only individual armchair in the principal’s meeting. We’d all decided the armchair chair generally felt “more powerful,” and that we should be mildly obsequious. The principal entered with a warm smile, sat and said “?????.”

I turned to Billy and said, “He says ‘Welcome to our school’.”

“Well I’m happy to be here,” Billy said toward the principal. The principal then directed his attention from Billy toward me.

“??????,” I smiled and nodded. Everyone was happy, because protocol here demanded a direct translation of the greeting-response to establish the status and roles of both the principal and Billy.

It quickly hit me that I was dividing my attention, maybe 80%-20% between whichever person was talking at the time and the person I’d be translating to, respectively. The reason I was doing this was I had to get the fullest understanding of the speakers meaning, and then re-jumble it around to carry the fullest meaning for the other person, who would then get my 80% attention. When I observed the Chinese principal gyrating his torso and shoulders and lifting his head brightly as he said, “????????????,” the meaning I gathered would be totally different if he’d said the exact same words but dully and flatly, and without the excited body movements. And so I turned to Billy and, myself, popped into Western mode. My tone meant “this is simply how he feels,” and with uplifting hand gestures (the Chinese principal had used neither my tones nor gestures, but I felt, again, that this would convey the closest feeling to Billy), I said “He believes that every child is unique in their abilities.” Billy gave a resounding nod. As Americans, I spoke with Billy as I would with a peer, and when I spoke to the Chinese leaders, I maintained a friendly deference.

When each speaker had completed about one or two full thoughts–about my limit–I’d have to cut them off and translate for the other person. If I had the speakers eye contact, I could simply nod, and they’d usually consent and wait. If not, then a patient touch on the shoulder for Billy, whom I sat next to in all our meetings, or else a more exaggerated head-nod for a speaker out of reach was pretty effective. Also, my turning toward the listener tended to alert the speaker that it was time for a quick translation.

Billy had a lot of ideas as we walked around each school campus, and Ray and I would sometimes offer a tweak here and there. One was to start a Skype pen-pal system between the Chinese elementary school students and Billy’s American students. Ray and I told him that it would be easier to get the American students to download QQ than to convince Chinese students to switch to Skype.

At our lunch banquet, the Chinese principal would eat lightly while watching Billy talk to him to him, and then he’d listen to my translation. Billy would then get a few bites in while the principal responded. Either way, I had to be on constant alert to keep up their rapport, so I’d wait to pack down food until either one was distracted by their colleges or away at the toilet.

When we stepped into the first elementary school classroom, the children perked up in their seats, and with beaming smiles, began yelling, “?????????!” My experience in elementary school classrooms (regardless of what country), alerted me with a premonition of impending doom:  that if more than three or four of the children charged at us, the rest would soon mob us. So I took the offensive. I rushed to the front of the class with an imposing-yet-whimsical look on my face, and stood broadly at the front of the room. I raised both arms out, largely and firmly, in a suppressive gesture that communicated, “Calm down and sit down first.” All eyes were on me; I had their attention. I nodded with a warm, friendly, yet heavy, glare at each of the students who were away from their seats, gesturing for them to return. I kept up my heavy nod as I put my index finger to my lips (a visual “shush”), getting direct eye contact from each of the students. The class quieted down quickly. The Chinese teacher, unprepared for our visit, simply announced that the “foreign friends came to speak to us today.” I nodded to Billy to come take center stage. I yelled a warm, “???!” and the children echoed in organized unison, “???!” I went on to translate Billy’s personal introduction, and then I ran to each student as Billy fielded their individual questions.

As we wrapped up a day of meetings, rummaging through the gifts from the schools–one school had given Billy a beautiful ceramic plate that had been hand made by the teachers and students together in their Pottery Workshop, which is great because traditional Chinese gift giving tends to focus on price–Billy expressed regret that he hadn’t thought to bring gifts for the school leaders. Redirecting to the positive, I reminded him that from the perspective of

the school leaders, who were nervous and anxious to make a good impression on him, the school’s gifts for Billy were more important. Ray and I were being honest when we then told Billy that while a guest bringing gifts is a nice gesture, what was more important was that Billy invited each principal to come visit him at his school, summer camp and home in America. Reciprocation is a strong gift. Billy was also very reflective and conscientious after we left each meeting, as anybody might be, asking Ray and I, “Was that ok, the way I brought up the summer camp proposal?” Ray and I would then pump in the confidence: “Yeah! Oh, yeah. Great. Yeah, really good.” Again, as long as we were being honest, it was important to keep morale up.

12 thoughts on “9 Roles as a Personal Interpreter”