10/18/2010 update: Four Youtube clips which I recorded at the demonstration have been added to the bottom of this post. Scroll down to check them out. They include fighting, setting things on fire and an interview with a demonstrator.

The international stand-off between China and Japan over the Diaoyutai or Senkaku Islands was supposedly over once the Japanese returned the captain of the ship that had allegedly rammed two Japanese destroyers near the disputed island chain, but a series of protests in Tokyo and across China demonstrate the passion that consumes both nations whenever they are involved in a conflict. Following Japanese protests that took place yesterday morning, Chinese netizens organized three major protests, in Xi’an, Zhengzhou in Henan Province and Chengdu, that saw many thousands of people — 35,000 estimated in Chengdu — march through the center of town chanting anti-Japan slogans, waving Chinese flags, struggling with police and throwing stones and bottles. According to the New York Times, China is still blocking exports of rare earth materials to Japan, materials needed for electronics and after these protests, the conflict which had simmered down is set to explode again.

Over the course of an otherwise ordinary Saturday afternoon, tens of thousands of irate citizens gathered in downtown Chengdu to protest Japans claim to the Diaoyu islands. This is the small island chain between China and Japan that have been hotly contested since Japan seized a Chinese fishing vessel in the area just six weeks ago. But Chengdu’s anti-Japan protest didn’t seem to be only about this single issue; the ideological and nationalist rift that separates the two Asian giants runs tragically deep.

I didn’t have too much of an idea of what to expect since I didn’t attend the last rally directed towards China’s mortal rival: but this one was raw, gritty and highly emotional. Fortunately I caught some smiles and friendly faces in between finding myself amidst a sea of Chinese people and under the harsh gaze of hundreds of riot police. These are the photos which tell the story as I saw it.

Note – I recorded several video clips which are quite crazy. When they’re online, I’ll amend this post to include them as they add depth and detail to the story that the photos tell. 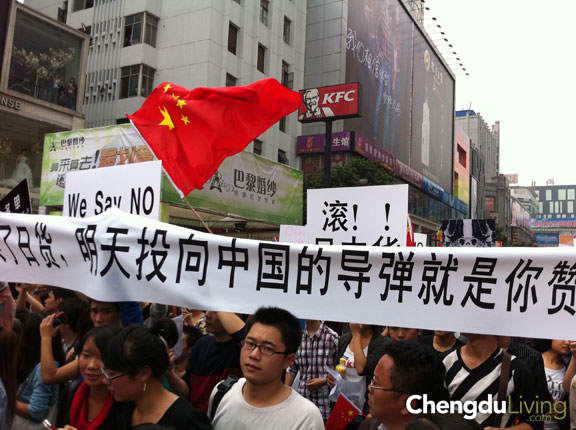 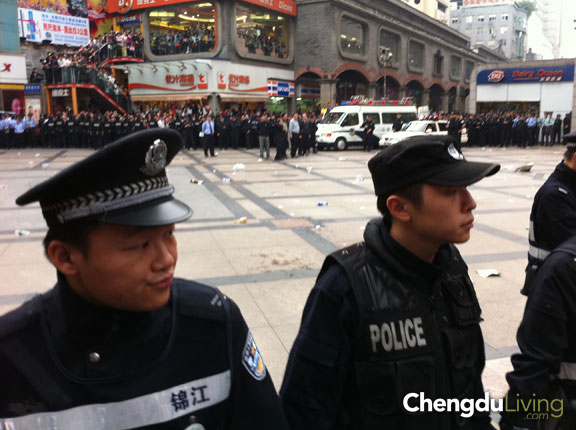 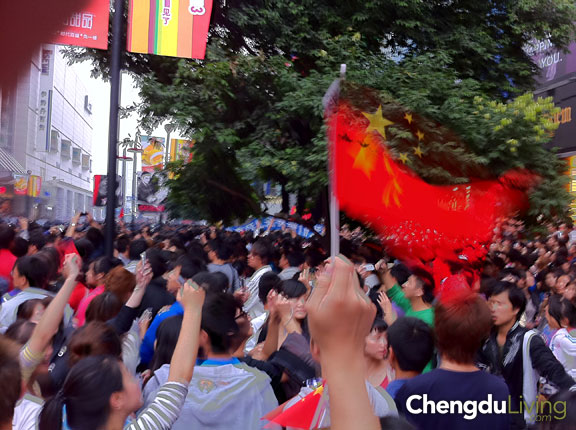 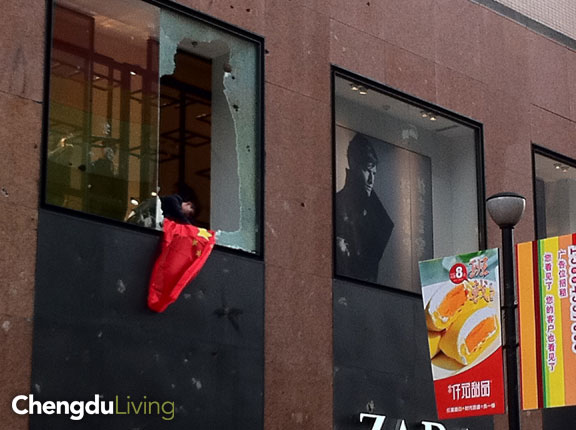 Note: if you’re in the mainland, these will require a VPN to view

What do you think of the protest in Chengdu? Will it achieve anything or is this a political spat that will go nowhere?