Apple’s iPad was officially released in China on Friday, only five months after being released in the United States in May.

Why is this a big deal? The iPad has been selling at a furious pace around the world and its official release in China means one thing is certain: you’re about to see these devices all over the place in China’s major cities.

And here’s what I think: when Chinese people get iPads in their hands (like I have) they’re not going to just like them – it’s going to spark a shift in the computing habits of casual and power computer users across China.

Days after the iPad was announced, I authored a post on Chengdu Living musing about Using the iPad to Study Chinese. Since the iPhone and iPad touch already make the best platform in the computing world for language learning, it follows that the iPad has the potential to improve the experience with its faster processor and generously large display. But don’t think that this is limited to language learners, because the iPad is proving itself to be a revolutionary device that’s changing the entire mobile landscape.

Two days ago Best Buy’s CEO said that the iPad is cannibalizing up to 50% of laptop sales. And while that may be an overstatement, the writing is on the wall: the entire laptop industry is in serious trouble because of the consumer revolution sparked by this single device. 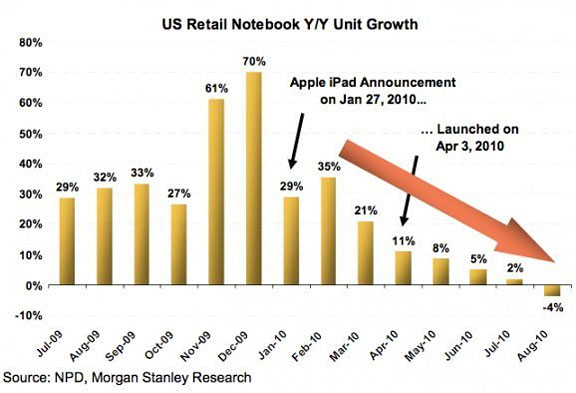 Put simple, Chinese people love the iPad. I’ve been using one since it was launched in the US and everywhere I bring it, it catches the attention of people nearby. The first month that I took it out to coffee shops and friends houses it became routine for people to want to get their photo taken with it, and this phenomenon wasn’t even restricted to Chinese people.

So while a successful official launch for the iPad in China was easy to predict, no one was sure what the rate of adoption would be. Turns out, the iPad is a much more anticipated device than the iPhone was. On opening day in Beijing there was a crowd of hundreds with the most enthusiastic fans having waited for over 50 hours.

AppleInsider was at the iPad release in Beijing and collected quotes and pictures:

I came straight here from work on Tuesday to be first in line,” bookstore owner David Han told AppleInsider. “I could have bought an imported gray-market or pirated iPad, but I waited to buy the iPad directly from an Apple Retail Store.” Grinning happily, Han produced a wad of cash and fanned it for the media. “I won’t use a credit card! I’m proud to pay with Renminbi” Han said, admonishing his compatriots to do the same. Amid cheers from Apple retail employees and the crowd, Han later emerged with an iPad in each hand. 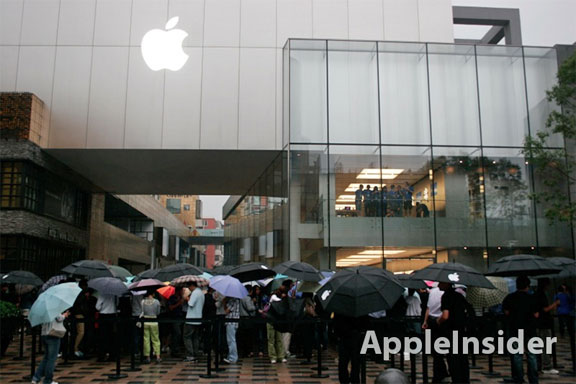 Note: If you’re in Mainland China, you won’t be able to view the Youtube clip embedded below without a proxy. We at Chengdu Living use and recommend Freedur VPN:

What do you think about the iPad in China? Will it be able to maintain the speed it’s gathered over the last few months or will time and new competitors slow it down?