Note: This post is the fourth in a series chronicling the adventures of an American having a child in China. If you haven’t been following, you can start at the beginning of the series here.

Just as the first barrage of New year fireworks echoed throughout Chengdu, The Notations transitioned into David Ruffin‘s Heaven Help Us on iTunes and I watched my new born son heave a sigh of relief and squirm a bit deeper into his swaddling. I felt his relief deep in my own bones.

That’s one thing that happens right away when your child is born: you get to read his emotions, because he’s just like you.

In the early hour of Sunday, February 7th, my wife felt the first contractions and we breathed our way through the excitement and (her) pain until the sun rose. All day the contractions came, anywhere from 6 to 10 minutes apart and lasting between 25 and 75 seconds. Contractions can only be described by the woman enduring them — and then only vaguely — but from what I understand, a wave of pain starts around the uterus and spreads across the entire belly, thrums for a bit, then dissipates. The pain increases with each hour and can go on for many hours. 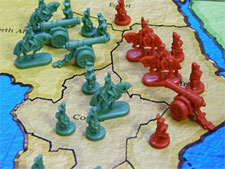 Two friends came over in the evening with food, advice and a Risk board. They gave birth to a baby girl just over a year ago and we’re neighbors, so it was natural that we spend this time together. The contractions went on all night and got real bad around the Devil’s Hour, 3am. Xiao Bai’s eyes rolled with pain and she squeezed my hand, her breathing fierce as my friends bore witness. We walked to the hospital at sunrise, carrying our bags of stuff. An old man jogged passed, grey sweatpants and strong lungs, one glance and he was gone. Birds chirped invisible in the grey morning. A tea house opened its doors. Construction workers with deep country accents and the physique of the arm and hammer filed into the work site.

Arrival at the Hospital

Our first room was in the Old Building of the No. 9 Hospital, because we failed to secure a room of our own in the new building. The Old Building was built in the 1970s and it shows. Door handles slip off if you pull too hard. Walls and floors are never truly clean and the plywood of the nurse’s desks peels and rots in neglected corners. The actual waiting rooms for Mamas had two blue sheets to shield the women and their families from one another, but they are insufficient really, so the nurses asked all of the men to leave periodically. The three other woman with us are all undergoing Cesarean sections. In my previous essay, I spoke about the rise in surgical births across China, and this rise was evident in the Old Building: more than 70% of the women here choose c-sections. I overheard one doctor arguing with a woman about it later in the day, but she lost the argument; the woman chose a c-section due to fear of pain and the doctor was forced to acquiesce. I wondered to myself how Sichuan’s new regulation (described here) will affect arguments such as these. 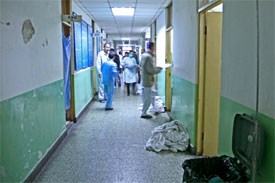 At 11am, Xiao Bai was taken to the delivery room, which is on the 8th floor. Families crowded outside of the actual delivery room, fidgeting in a room with no windows, hard plastics benches and a shrill little nurse in pink guarding the gates against all comers.  Family members are not allowed to be there while the mama gives birth. It is understandable in China, where hundreds of people would crowd the rooms, but it was all so alien and clinical and cold to me. It wasn’t the classic portrait of the men pacing outside while the women shoo them away from the birthing room — that i could handle — it was a factory where customers are prohibited from seeing their product on the assembly line. But all can be endured and we endured by watching my friend’s little daughter dance round the room, chewing on burritos and joking with the pink nurse ’till she couldn’t help but smile.

In the birthing room, according to an eyewitness report from Xiao Bai, the mamas are all in one room and are able to look at each other, while a group of nurses scurry from one to the next encouraging, cajoling and scolding. One of the women, in between body-shuddering convulsions, leaned over and whispered to Xiao Bai:

“Don’t I know you from ChengduMama Net?”

At 2:29 pm on Monday February 8, 2010, a soul entered this plane of existence and I am his Guardian. I wasn’t able to lay eyes on him until roughly two hours later, but when I did I saw the wild chaos of his life at that moment and my first reaction was to lean in close and whisper his name, tell him I was there and smile down at him.

The nurses would not leave us alone for the first few hours after his birth. They are convinced that a baby must be fed — with milk powder if necessary — immediately after birth. This does not agree with the vast majority of conventional wisdom outside of China, but that shouldn’t surprise anyone. They worry about low blood sugar levels, because a baby born here had that condition and in order to fend off any possible lawsuits or penalties, the hospital harasses families like ours to feed the kid right away. In the end, they resorted primarily to the argument that “We Chinese have ‘different bodies’ than you foreigners.” This argument actually means “we Chinese are not as strong as you foreigners” and therefore Chinese (or half-Chinese) babies need to be fed milk powder right away to compensate for the mothers lack of breast milk. And because of their inherently “weaker bodies”. 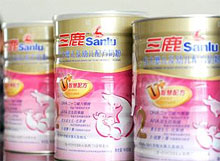 Actually, a baby does not need to eat too much for the first few days and mother’s milk usually takes a few days to start flowing. During the period between birth and ravenous hunger, the mother produces a very powerful concoction called “Liquid Gold” by some. In the first few days, liquid gold suffices. In China, they will try and force you to feed the baby right away.

I fought them off for hours, telling them that they should just make sure everything is in working order and leave the rest to us. It went on until late at night, when we finally won the argument once and for all and they left us alone. Right then, when the nurse walked away with feathers sticking out of her little uniform, I looked down at my son and he smiled for the first time. It was then I realized that the truth was right in front of me, looking up through blurry eyes, and all this nonsense with the nurses was something to chuckle about. So we chuckled.

Afterwards, a new doctor showed up and she was excellent and extremely professional. She understood why we were against stuffing the newborn with milk powder on his first day and was able to allay our fears about mother’s milk and the baby’s overall health in the first few days. She said, basically, that each baby was different and each mother as well — when a baby wants to eat and when a mother produces milk depends on too many variables for science to come up with one answer. So, for her (and also for us) it was paramount that we relax and get to know our baby. Friends stopped by at just the right time to help with wet swaddling, feeding Xiao Bai and carrying our stuff to the new single room. In the afternoon of the second day a doctor sidled up to our bed and whispered that we had a single room in the new building and that we should prepare for a move. She glanced secretively around the room after she told us, made sure no one had heard her give us this information, then glided out.

The room I am in now, our single room, has its own bathroom and shower, a microwave, refrigerator, bed-side table for eating, a bed for me and a couple closets for storing stuff. There is also a TV and a large window overlooking the doctors’ dorms, which are fronted by a garden of Plum Blossom trees. Eddie Bo’s “From This Day On” just left the airwaves and my son is suckling at my woman’s breast. The boy is almost a day and a half old and all I can see are dreams of days and nights ablaze with this new life and the many ways I will guide, nurture and eventually watch him grow.

28 thoughts on “Giving Birth in Chengdu: A New Life”