Chinese born after 1990 (dubbed “90?”) came of age in 2008, when earthquakes and Olympics rocked the Chinese Mainland. Now in their early 20’s, many people inside and outside of China are watching this demographic very closely to see how the Chinese youth will shape the future.

Whenever I speak with 90? kids, I am struck by their optimism and above all their supreme self-confidence. I am also struck by their resignation and flippant disregard for the “important” issues of the day. The 90? generation (those born since 1990) has been the target of everyone’s ire and/or hopes since they first came on the scene as “adults” in 2008. In that momentous year, China’s youth rallied around the country, alarming foreign commentators who remembered the Brown Shirts of Germany, just before the Nazis rolled into Poland in 1939.

While talking with one particular group of 90? teenagers, this idea that has brewed in the West of a nationalistic, brainwashed youth determined to rule the world garnered snickers and jokes. For them, the response to the earthquake in Sichuan was their defining moment, not the wild cheering of overseas students in Korea and Europe as the Olympic Torch made its slow journey to Beijing. There’s a big difference between blind nationalism controlled by bureaucratic censor-puppeteers and clear patriotic love based on the little things: those noodles down the street that only our town makes; the smell of plum blossoms in winter; the cries of the hard-sugar guy and the knife-sharpener as they make their rounds through the suburbs … all those familiar, comforting things that make Chinese watercolors Chinese as opposed to Greek. The youth know that. 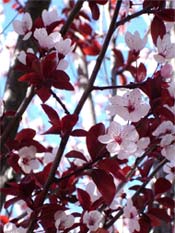 The 90? kids told me matter-of-factly that the fate of the nation rested upon their shoulders. For some of my friends born in the 1970’s (“70?”), this is a scary thought. This new generation has no concept of suffering, loves to have fun and dress wild and might be gay today and straight tomorrow. Basically, my 70? friends are sceptical and wary of the new kids crowding into the discos and coffee shops (as we all will be of the generation that follows, into eternity). The older generation might be worried, but they are also hopeful, because everything that makes the new kids contemptible (consumerism, indifference, lack of work ethic, access to too much) gives them the ability to resist and change the China that the old bureaucrats are trying to build.

Here We Are Now

Sites like ChinaSmack and ChinaHush are the children of this new generation. They are the vehicles through which foreigners catch a glimpse of how the Chinese ridicule and celebrate their own absurdities. Every week there is a new hero held up and a new goat eviscerated in full view of 300 million netizens, and this is the environment in which the 90? are growing up and learning about where they are, who they are and what they are supposed to do. Witness how quickly “Fen Qing” (??) became an insult and ??? (“Bei He Xie”) became a term to describe being censored.

Take any other past generation and examine their environment: the Starving 50’s, the Insane 60’s, the Even More Insane 70’s, the Everything We said Then was Wrong 80’s, the Make That Money 90’s, the We’re Coming Up Millennium and now The Almost Modern Years we live in today. In the Almost Modern Years, we drown in a sea of information and so do the 90? despite the Party’s best efforts to maintain a dumbed-down society. The Internet is illuminating gaps in the Great FireWall faster than Beijing censors can hide them and the absurdity of information control in the Information Age gives rise to phenomena such as the Human Flesh Search, Douban as the forum for China’s elite netizens and the content that makes ChinaSmack so entertaining.

The 90? youth are the clean, sleek dragon emerging from the dry, brittle skin of generations past. When the newborn dragon looks back at its old self, he can’t help but laugh at the foolishness of government-subsidized concepts like ???? (“He Xie She Hui”), while at the same time recognizing the old Chinese idea of harmony as a characteristic of a people that should be (and needs to be) shown to the world at large.

As with everything in the world, there is a downside.

The 90? love to have fun and ridicule the Party for the old, plodding dinosaur that it is, but as we all know in the US, this adoration of the Cliche as a means for rebellion leads to couch-surfing and a slow but final dis-engagement from civil society. Who can blame them? The more you see how governments work, the more laughingly disgusting it becomes and in the end, who wants to deal with that? The older generations tend to see the 90? as empty people who want to have the best looking cell phone and the coolest fashions with the least amount of responsibility. These kids need to be entertained, the old folks say, or they get bored and do nothing. Foreign media have tried to understand this group of kids and pigeonhole them as best they can, but the real truth is they cannot be categorized and that is why they will have more success than any other generation in changing China. Past generations were indoctrinated to believe one or another slogan, but this 90? one has a dozen Party slogans plus the lure of a million more bouncing around in their heads. They can and do and will access reports in Chinese and in English about Party censorship and the corrupt forces that keep Chinese people down. The question is, as is it is for Americans who know so much about their own country’s duplicity, what to do?

For the US, hipsters and Simpsons and South Park are the answer: snarky consumers and irreverent-to-the-point-of-vulgar media. I would argue that snarky-ism and increasingly vulgar media in the US are both an escape and a lazy comment on tired reality. But, I think this is exactly what China needs: the searing gaze of the bored girl with the biting comment that rings true through all of the smoke and mirrors. Chinese society is different from ours and the mindset of 90? kids is something so alien, so rebellious, so un-Chinese that the impact is very hard to imagine. Remember when that 21-year old waitress stabbed a party official to death when he tried to force her to have sex with him? That’s what I’m talking about. Perhaps a few years ago, the girl would not have dared to stab a government official, good ole’ ?? might have stayed her hand. But not these 90? girls – they know it when they smell it and they are not trying to step in it. But then again, my older friends will point to the college girl all done up getting into the Lexus after school as evidence of what these girls really want.

We in the US had our Obama Surge, when everyone thought that Change truly was going to happen, and it mobilized our Cliche generation (the generation that gave rise to the all-consuming culture of the Hipster) for a while. I doubt that a Chinese official will rise up a la Zhao Ziyang and that is not what this generation will do anyway. The 90? will change the world with People Power, with repeated threats to Search out the Fleshy Human, with face-ripping ridicule that reaches the entire nation and makes governments get naked and forces old men bow down to little man pressure. Smoky netbars and androgynous people, those are the hideouts of China’s future guerrillas. When I asked one group of 90? kids if they could change the world (or something to that effect) one girl with a pierced lip and tattoo said “Yes, We Can!”

The laughter that erupted in the group summed it all up: a witty comment made by post-90 girl who text messages her way through school but knows enough about society, politics and the media to whip out an Obama-ism and know that her whole generation will get the joke.

Where do you think China’s emerging youth will take it as we move into the new decade?

18 thoughts on “The Cliche Generation With Chinese Characteristics”